Chickens and eggs supply guaranteed for the Christmas season 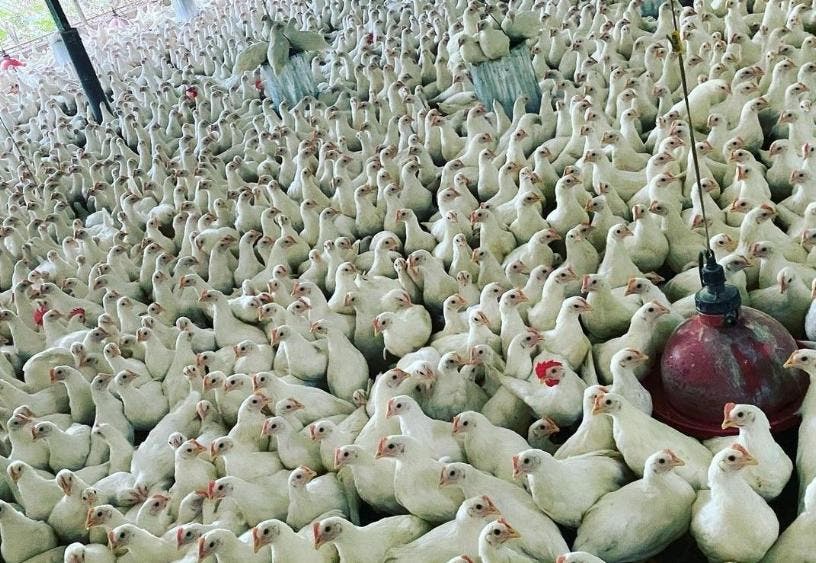 Population will have 24 million units available, equivalent to 110 million pounds of white meat

With the support of the Government and adequate planning promoted by the Ministry of Agriculture, poultry farmers managed to increase chicken production by 20% more than the previous year, so that, both for Christmas and New Year, the population will have 24 million available of units, equivalent to 110 million pounds of white meat.

The Minister of Agriculture, Limber Cruz, explained that together with the Agricultural Cabinet he maintains permanent contact with the poultry farmers to guarantee the abundance of chicken meat and eggs in December and January.

Meanwhile, the president of the Dominican Poultry Association (ADA), Juan Lucas Alba, said that with the arrival of the Christmas festivities, demand increases, so together with the agricultural authorities successful planning that has been prepared poultry farmers to bring the necessary supply of chickens and eggs to the population.

He recalled that “several months ago we planned together with the agricultural authorities, headed by Minister Limber Cruz, the necessary production to meet the demand that is registered during this month in Dominican households.”

He added that “we have worked tirelessly to guarantee a sufficient supply and with products of the highest quality to the population.”

Alba pointed out that in the case of eggs, current production went from 230 to 260 million units, 30 million more than what is consumed in the country each month.

It is recalled that in the hot months in the country, generally from July, the production of chickens and eggs drops due to high temperatures, especially in farms that are not heated.

This situation leaves significant losses to poultry farmers, mainly small and medium-sized ones that do not have air-conditioned facilities to protect their chickens and layer hens. In addition, this modernization of the farms has a high cost that they cannot cover.

Increase
For this time, the price rises

Chicken meat rises
For the Christmas period, commerce generally raises the prices of most merchandise, including food. This increase is more noticeable in chicken due to its massive consumption in almost all Dominican households. “Who does not eat rice, beans and chicken in this country? He who does not eat that should be decorated”. As a result, the pound of chicken rose and is still at more than RD $ 70.