Health prevention increases due to passenger flow in AILA 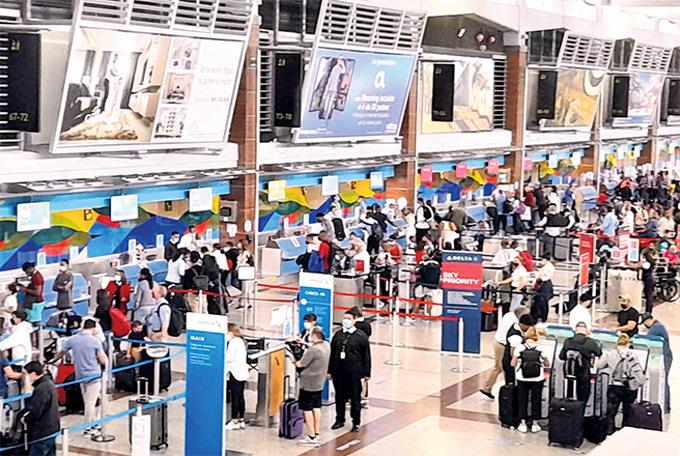 The influx of absent Dominicans to the country from abroad has increased considerably in recent hours. RAFAEL CASTRO / LISTÍN DIARIO

The entry of absent Dominicans and foreigners into the country from North American territory has increased in the last hours before the celebration of Christmas Eve, amid strict sanitary controls established at the Las Américas airport, by the Ministry of Public Health, in the face of the outbreak of the new omicron variant in New York and other cities in the United States.

Public Health and the General Directorate of Migration apply more rigorously the checks and random controls to travelers coming on flights from the United States.

According to unofficial data provided by the airport and immigration authorities, in the last 19 days of December, more than 100,000 passengers have entered the country through this terminal, mostly Dominicans living abroad.

Although they have arrived from other countries where Dominican communities are, the most significant flow has come from New York and other states in the United States where they live with family members.

The United States authorities have confirmed numerous cases of the omicron variant in the country, and emphasis is being placed on the application of booster vaccines and the need for extreme sanitary controls at airports.

The Flight Operations Department has scheduled for today the operation of more than 50 commercial flights of different airlines that operate from the United States to the Dominican Republic.

Regarding the flow of passengers registered this Christmas season, the corporate director of Communications of Dominican Airports XXI Aerodom, Luis López, affirmed that the number of passengers moving to the country from the United States and other destinations is essential due to Christmas.

He indicated that Dominicans abroad have reason enough to come to their country, considering that this year the Christmas facilities that the government has granted in their favor have been excellent.

He specified that another ingredient of interest is that in 2020, as a result of the Covid-19 pandemic, the influx of Dominicans living abroad was not so significant. So now, taking advantage of all this coverage, they have decided on a massive return in these Christmas parties.

“Right now for this Monday there are an average of 50 scheduled flight operations, most of them absent Dominicans who have taken advantage of the Christmas holiday to bring gifts and presents to their families,” said the private executive.

Dominicans.
Meanwhile, commercial flights from US cities arrived at the International Airport of Las Americas, José Francisco Peña Gómez, full of passengers, 90 percent of whom are Dominicans living in the Big Apple and other cities in the United States.

How will Dominican Republic protect itself from importing Omicron from other nations.