Abinader has several measures to face the crisis 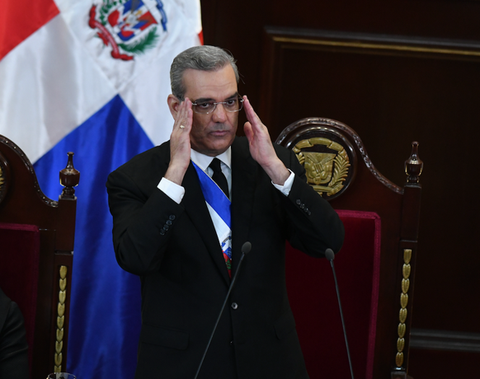 President Luis Abinader in a moment of his accountability speech yesterday to the nation, before the National Assembly. / JORGE CRUZ

President Luis Abinader announced yesterday, in his accountability speech to the nation, the extraordinary measures that the government’s Economic Cabinet will implement in the face of the distortion of international prices that have increased local inflation and the aggravation generated by recent events war between Russia and Ukraine that will have global repercussions.

“I am announcing that the government is going to increase direct social assistance, deploy special programs for the sale of food, targeted subsidies that help all Dominicans, but, above all, those who have the least, who are the ones who need the most,” said the president.

These are the measures announced by the president:

1. Starting next week, 300,000 new cards will be offered to vulnerable people selected by the Single System of Beneficiaries (SIUBEN). Currently, the Superate card has an amount of RD$1,650, which has already doubled, and 500,000 new Dominicans have been added so far.

2. The Gas Bonus subsidy will be adjusted immediately from RD$228 to RD$470 for all beneficiaries, and 400,000 more will be added. Abinader said that this amount would be enough for the beneficiaries to afford up to approximately half a 25-pound tank of gas. The last adjustment was made in 2008.

3. A “special effort” will be made so that 54 new State Economic Canteens are installed this year, for a total of 105 canteens throughout the national territory, increasing to 136,000 servings of cooked meals daily during the coming months to reach the same number of people in a state of vulnerability.

4. The government ordered a broad program of necessities at low prices through INESPRE and has authorized the 50 mobile warehouses currently operating to double in the coming months.

5. Abinader authorized the Minister of Industry, Commerce, and Mipymes, Víctor -Ito- Bisonó, to subsidize up to 10% of a possible price increase due to the war on the primary raw materials for agriculture, such as wheat, soy, and corn.

6. Concerning oil and its derivatives, the government is making budget forecasts and spending control measures to continue subsidizing and prevent the entire increase from being reflected in fuel prices. Abinader said that only this year the sum of RD$2,600 million had been subsidized, and last year RD$13,000 million.

“We are going to do everything in our power to mitigate the effects of inflation and protect the well-being of Dominicans. This also means that we will have to make adjustments and modifications to the budget in the face of this special situation of distortion and inflation of all raw materials in the world,” Abinader specified.