Shootings in Los Girasoles have people in terror 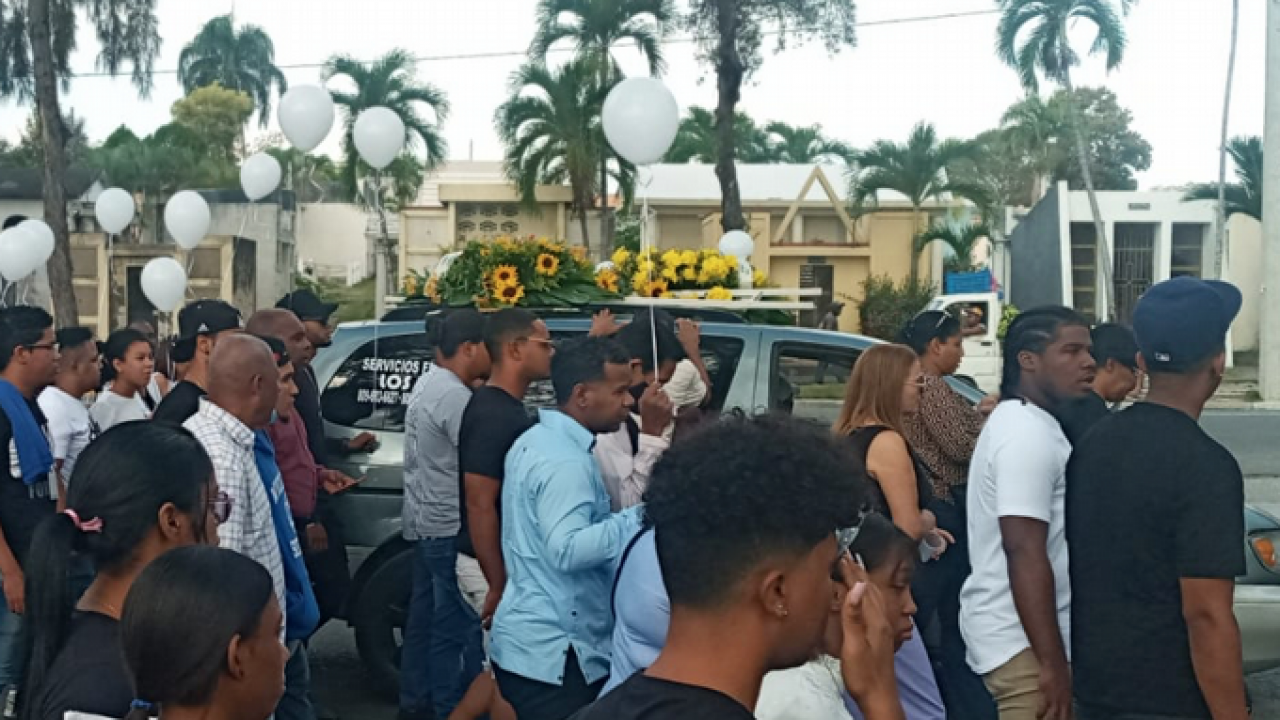 Estainer's funeral was a manifestation of pain.

Santo Domingo, DR
In the Los Girasoles sector, people live in fear of going to the media to denounce the recurrent incidents of shootings and assaults in the community because of the reprisals they may face from the same criminals.

“One sometimes would like to speak and say to what happens here, but as the tígueres are from around here, one takes care and protects oneself because we are all here, we are in the street,” said a lady who approached to talk with the reporters of Listín Diario on the condition that she would not be recorded in any way.

However, with the death of Estainer Florentino, by a gunshot in the early hours of Monday morning, who was pointed out as a person who cared about the community and without “problems with anyone,” they did not hesitate to emphasize that such episodes are common in their daily lives.

“Here, the shootings are a daily occurrence. That same day that they killed that boy, there were about four more shootings; here it is almost impossible to live, the press should pay more attention to this, but also if one does not say anything it becomes more difficult,” said another of the residents of the sector. The latter, after giving her statements, requested anonymity.

Since the early hours of that morning, Los Girasoles has been mourning the murder of the 25-year-old student of engineering at the Autonomous University of Santo Domingo (UASD). According to several versions, he was standing on the sidewalk in front of his house with a friend when several criminals shot him to death and fled.

“It was something very confusing, they killed my son and he doesn’t even know why he died; a friend went to visit him at midnight (Sunday) and the friend had apparently brushed against one of them with his vehicle, and from there he came to confront the friend and there was an argument that culminated with the life of my son,” expressed the pain of Estainer’s father, Sury Florentino. His neighbors in Los Girasoles also supported the father’s version and said that Estainer “never had problems with anyone.”

“That boy greeted you every time he saw you, he never had a problem with anyone, no one complained about him, in fact he was already moving to a residential home because he had done well at work,” said one of Estainer’s neighbors.
The father of six defined his eldest son as “an example” and always helping those who shared with him.

At his burial, several of his friends were present, and many lamented what happened while his mother and siblings mourned the loss of the 25-year-old. In contrast, white balloons, a hearse, and the disbelief of those present, who in silence debated the reasons for the event, turned the few meters between the municipal funeral home of Los Girasoles and the tomb of Christ the Redeemer, where the remains of Estainer Florentino were buried, into an “endless” walk.