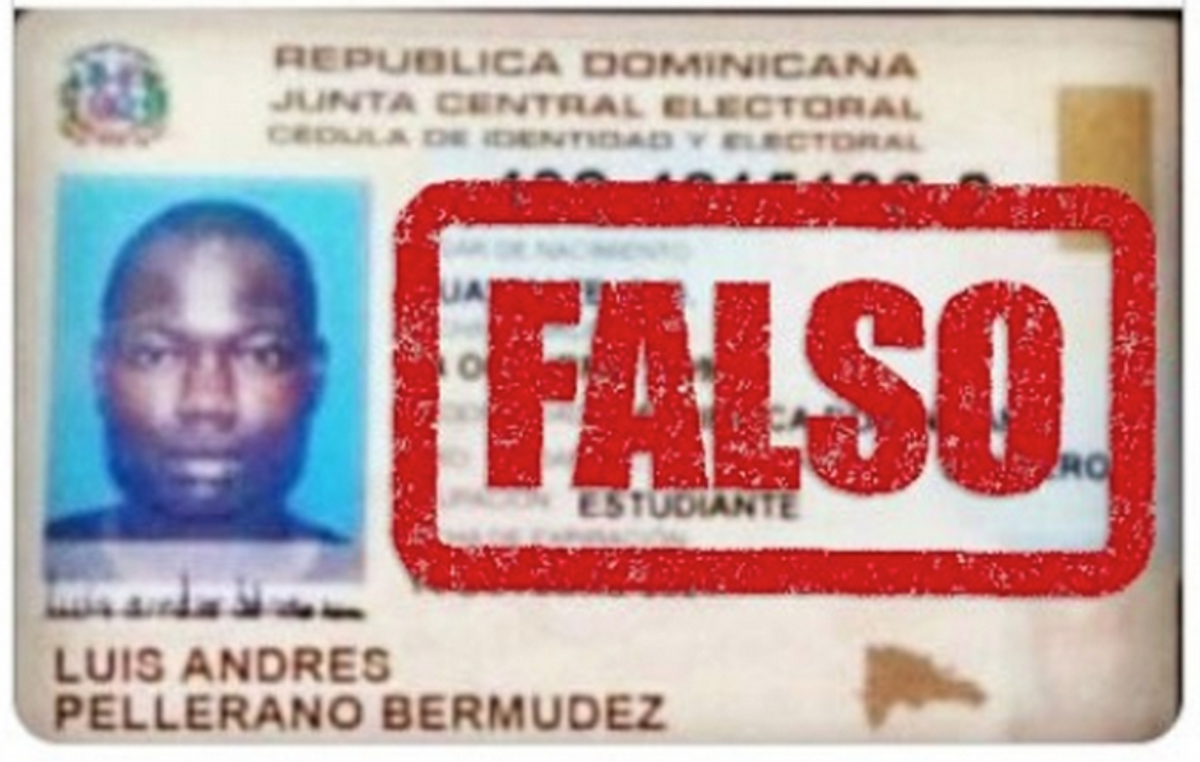 Photos of Haitians with Dominican identity cards with surnames of families with European traits circulate on the networks.

Santo Domingo, DR
When he returned to the country last year, a Dominican resident in Switzerland was detained at the airport without knowing why he was being arrested.

He was detained for two days at the anti-narcotics agency until it was proven that he had not committed a crime but was the victim of the impersonation of his identity by an accused drug trafficker. While it was being investigated that he was the owner of the documents he presented, he had to go through this traumatic experience that disrupted his vacation.

Since he was six years old, he lived in Switzerland and had never obtained an identity card or voter’s card. He had come to the Dominican Republic several times, but on his last trip, in 2021, he was arrested at the airport by the International Police (Interpol), telling him that he was wanted for crimes related to international drug trafficking.

Prosecutor Esther Gonzalez, representative of the Public Prosecutor’s Office before the Central Electoral Board (JCE), said in an interview in her office at the Security Directorate of the Board that the man had to spend almost two months in the country waiting for the result of the investigation.

This is one of the 1,600 cases of identity theft being investigated by the Public Prosecutor’s Office attached to the JCE.

The unit, which has been in operation for a year, was created through an agreement between the electoral body and the Public Prosecutor’s Office to deal with infractions in the civil registry.

According to the prosecutor attached to the JCE, Esther Gonzalez, most of the impersonators are of Haitian nationality. She indicated that among the modalities are the late declarations requested by foreign mothers who need a Dominican to appear as the father of their child.

He said they give false information pretending to be the child’s father, and then it is determined that they were doing him a favor or doing it for payment. “The most prevalent nationality in the impersonations is Haitian. Haitians use all kinds of procedures,” he said.

He explained that the cases of Dominicans are minimal. “It is a severe problem because identity is a matter of national security,” emphasized the prosecutor.

Gonzalez pointed out that sometimes children die, and some parents do not register the death, and a third party uses this documentation. She warned that the impersonators usually use documents that are not in use nor valid, which is why employees are also investigated.

Other times, the mother herself has given up the birth certificate of a child “for money, or out of grief.” They have also detected false marriages, people who are not married and pay to get a certificate.

Another way is false deaths. They try to declare a daughter, saying that they cannot take the mother because she died, and they present a death certificate, even though she is still alive.

Four hundred sixteen cases have been detected in four provinces since November 2021: 256 in the Tamayo and Vicente Noble, 102 in Hato Mayor, and 58 in Elías Piña.

In the first year, 12 persons have been sentenced for identity theft and falsification of data in the National District, Santo Domingo province, Santiago, and Hato Mayor. In the latter, a five-year sentence was obtained against an impersonator who registered children with a deceased person’s identity.

I left DR when I was a child, I wouldn’t be surprised if there is a Haitian Ramon Garcia in DR using my personal identifiable information.

DR is being saturated with foreigners and it will get to the point that the foreigners will control the political power in DR! This is UNACCEPTABLE! DR needs to purge itself from this invasion!

No safety, no food, no security. When faced with desperate situations all people will act desperately to improve their conditions. Haitians desperate for work and income to eat and Dominicans alike. Ukrainians running to Poland for the same safety, security, and food.

DR have prevent born citizens of Haitian depend any citizenship

There are many Dominicans without ID cards.The government needs to grant them amnesty.Allow local Junta Electorals to issue cards to obvious Dominicans in local communities. These people cannot afford the high costs of abagados required . Then they can find jobs & get out of poverty.