Luis Abinader: “Whoever steals a chele (penny) from this government goes to jail, listen carefully: jail!” 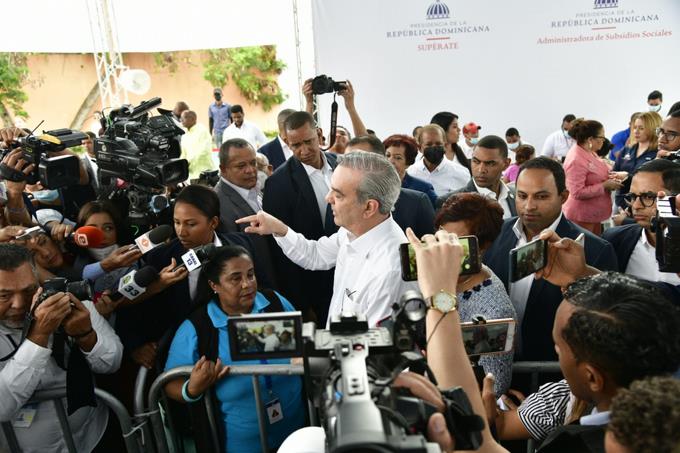 President Luis Abinader warned this Monday that there is a regime of consequence in his government, and anyone who benefits from money acquired irregularly will be imprisoned.

“In this government, there will be a system of consequence, you can be sure; There are already several people detained, whoever they are and in any case, whoever steals a chele from this government goes to jail, listen well, he goes to jail, jail,” the president energetically reiterated, minutes after arriving at the day of the social program Supérate.

The head of state gave these statements when questioned by the press about the dozens of cards from the program mentioned above, Supérate, which have been cloned in different commercial points, the most frequent being the colmados.

Abinader said that for this reason, many people have not been able to collect what the State debits on the card; however, the money will be replenished because “the government’s money has been there.”Likewise, he explained that to avoid these types of fraud, they reinforce the security of plastic cards. So far, there are more than one million 600 thousand beneficiaries.

This is not the first time the head of state has been annoyed and rigid when warning about the arrest of those who commit crimes during his administration.

He should start going after those political scoundrels of the past who have evaded justice.

we can use this guy in america