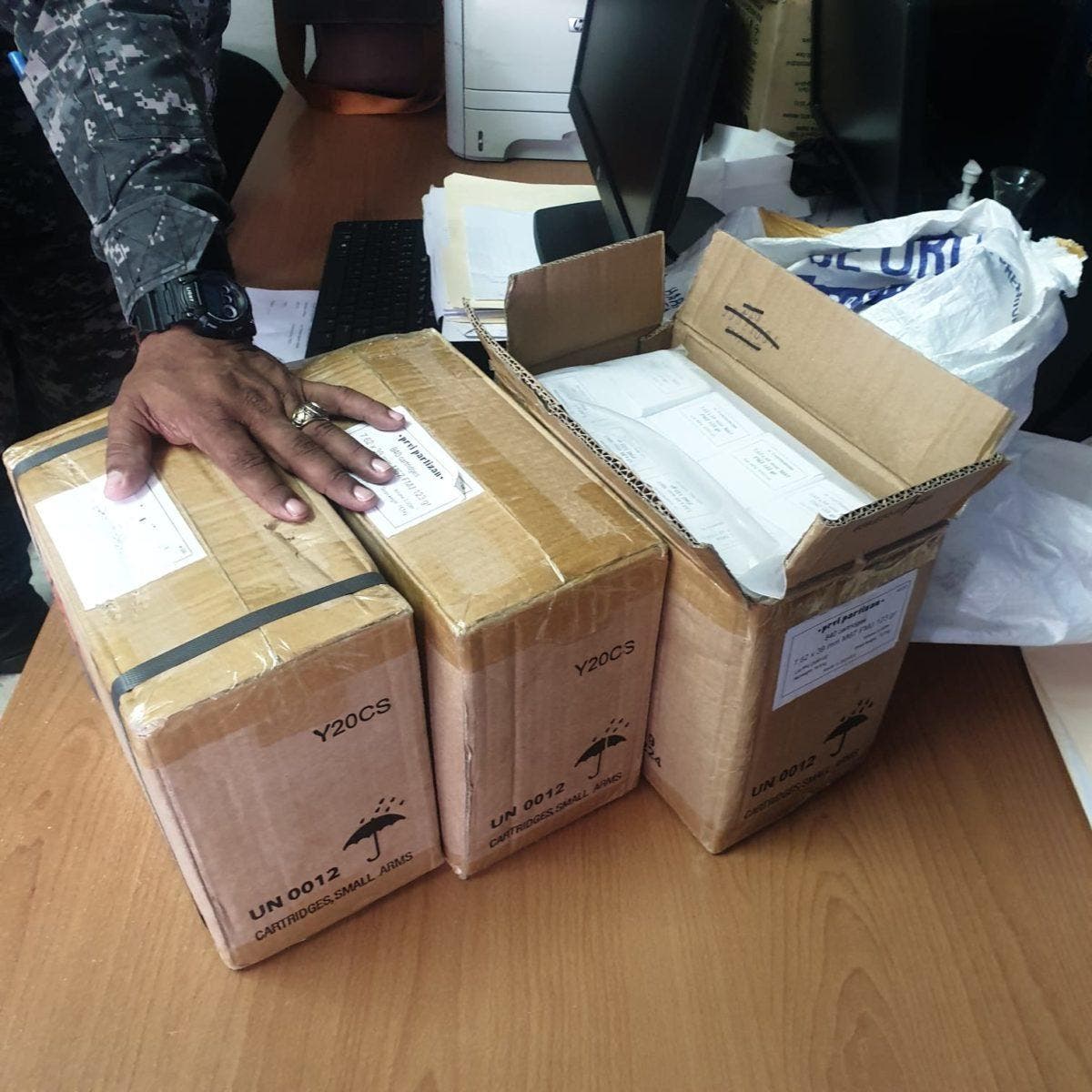 Thousands of rounds of ammunition for rifles

ELÍAS PIÑA- On Monday (yesterday), the Public Prosecutor’s Office of this district seized a shipment with 5,700 rounds of ammo for rifles in the surroundings of the Palace of Justice.

The chief prosecutor of Elías Piña, Ramil Cadete Pérez, said through a press release that the package contained ammunition of 7.62 x 39 millimeters caliber.

He detailed that the preliminary investigations indicate that the transaction would be carried out in the public market of the Comendador municipality, on Juan Pablo Duarte street, next to the Palace of Justice of Elías Piña.

About the case, he said that some individuals were traveling in a white 2013 Toyota car while others were on motorcycles. He added that upon noticing the presence of the Public Prosecutor’s Office and the National Police, the group fled, leaving behind an abandoned motorbike and the shipment mentioned above.

The prosecutor informed that the authorities are carrying out an exhaustive investigation to find the whereabouts of those responsible for the shipment and proceed with the appropriate judicial actions. For the moment, no persons have been detained.