What does the contract between the Dominican Government and AstraZeneca say about claims? 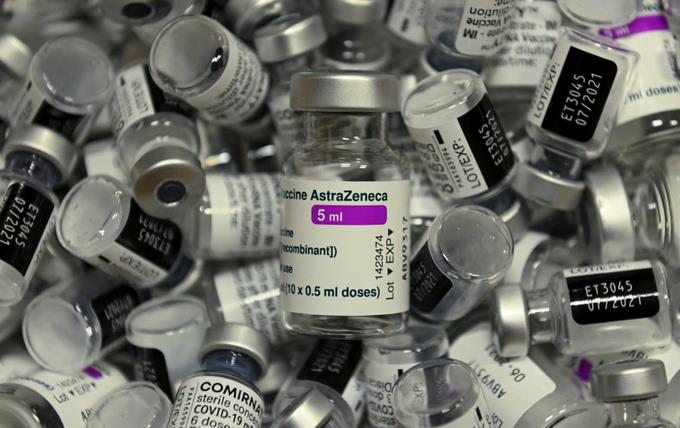 Despite the complaints of the president of the Republic, Luis Abinader, about the contract that his Government signed with the pharmaceutical company AstraZeneca to supply the country with anticovid vaccines, these would be invalidated by the same agreement.

This is because, in section 14.1 of the document mentioned above, to which Listin Diario had access, it is stipulated that the country waives the right to claim the company in question for delays in the delivery of the doses.

“The buyer (Dominican Republic) waives and releases any claim against AstraZeneca arising from or related to… delays in the delivery of the vaccine under the contract,” reads part of the text.

Said numeral also exempts AstraZeneca from responsibilities if the vaccine is not practical or safe, if the storage or transport conditions are not adequate, or if there is no appropriate technique at the point of administration of the immunization.

Likewise, according to the contract’s content, the Dominican Government must pay the agreed amount in full: 40 million dollars, at the agreed price of US$4 for each dose.

This is established in the appendix on the payment method, where it is indicated that the State must cover the total price in three partial payments.

The first was a disbursement of 20% of the total amount (about 8 million dollars) on the date of entry into force of the contract, which occurred when the National Congress approved the purchase in November 2020.

Another payment of 40% (US$16 million) when the health authorities approved the vaccine. This happened at the end of December of that same year when it was received by the General Directorate of Medicines, Food and Health Products (Digemaps) of the Ministry of Public Health.

Finally, the remaining money should have been made when the date of the first delivery of the vaccines was confirmed since this batch of 478,000 doses arrived in the Dominican Republic in June 2021.

Regarding the time they should have been paid, the contract indicated that “all payments under the contract will be payable within 30 days after the date of the invoice.”

If the Government decides to cancel the contract with AstraZeneca, in any case, it would be obliged to make the payments since the agreement contemplates that a series of stipulations will remain in effect, and among them are those referring to the payment method.

Although the contract specified that the 10 million vaccines would be delivered in 2021 between March and October, these injections were never shipped in compliance with this schedule, and the order has not been completed either.

What happens if the Government does not accept the missing doses?

For his part, Abinader insists that he will not receive the AstraZeneca vaccines if they arrive at an inappropriate time for the country, threatening to take this company to international arbitration.

“What I am not going to allow is that the national interest is affected by accepting vaccines that we cannot use later and the Health Cabinet has already informed them: either they do not deliver them to the extent that we need them or there will be arbitration and we will go to justice,” said the president.

However, the company also shielded itself in the contract for this type of situation, with a part of the agreement indicating that, if the country refuses to accept the shipment or store it, after five days, AstraZeneca will be able to resell them to a third party, or failing that, destroy them.

“To the extent, Buyer has not agreed to shipment of those doses by the end of the 5 (five) business day period and either party does not agree to AstraZeneca’s continued storage of the doses at Buyer’s full cost, AstraZeneca may destroy them at Buyer’s expense total of the buyer (Dominican Republic) or sell them to a third party,” read part of the document.

In addition, this paragraph continues, indicating that the State would have to reimburse the pharmaceutical company for storage, distribution, and destruction expenses of the vaccines, within a period not exceeding 30 days, provided that supporting invoices of the cost of these actions are provided.

This government position would represent a change concerning this issue. A year ago, the Vice President of the Republic, Raquel Peña, announced that they were not contemplating suing AstraZeneca for delivery delays.

“Those contracts are signed and must be fulfilled by those pharmaceutical companies, we have, through the consultancy of the Dominican Republic, all those contracts are in their hands, and the due follow-up is being given,” he said at that time.