Dominican Republic presents its attractions at the Caribbean Cruise Fair 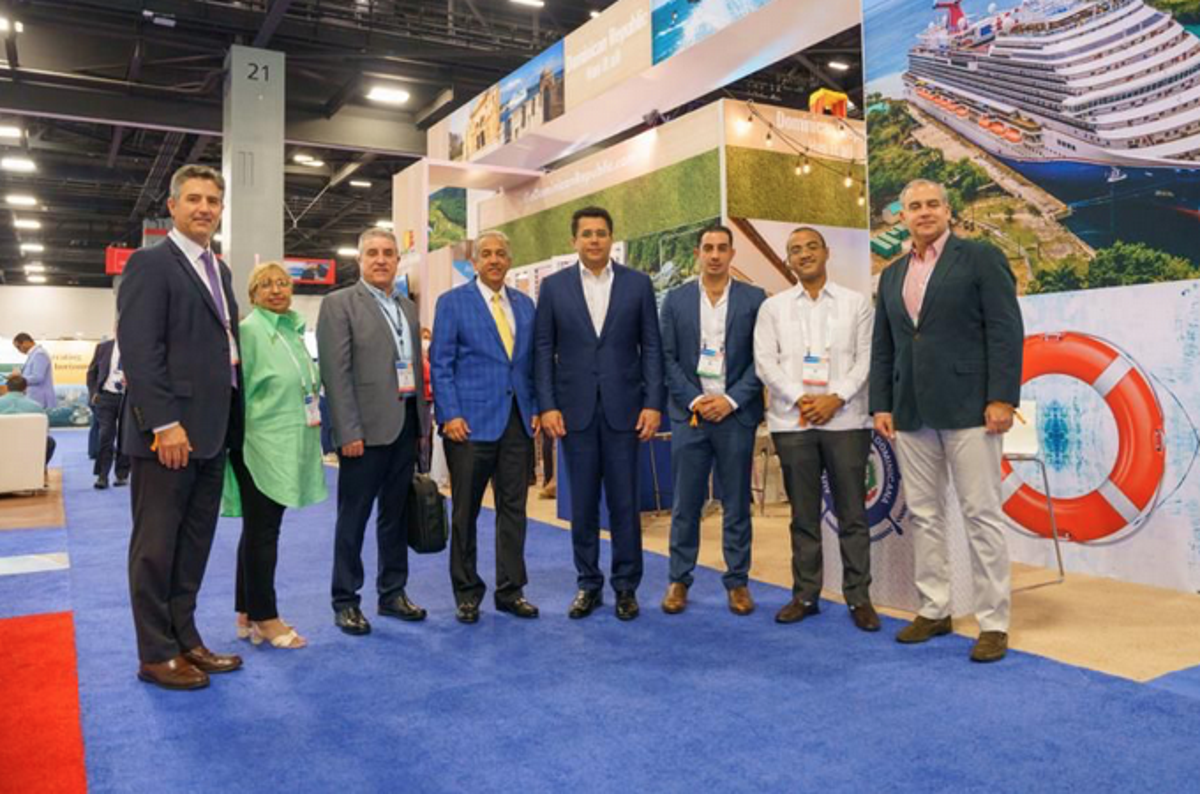 The Minister of Tourism, David Colado, with the Dominican delegation that accompanied him at the Caribbean Cruise Fair.

Miami, USA
The Minister of Tourism, David Collado, predicted that the Dominican Republic would have an extraordinary cruise season this year as he headed the country’s delegation participating in the Caribbean Cruise Fair being held at the Miami Beach Convention Center.

The most renowned Dominican beaches were highlighted through posters in the two aisles occupied by the Dominican stand during the exhibition. At the same time, snacks were offered, such as coffee, guava, and coconut sweets.

With Minister Collado at the helm, the country presented the progress, projections, and importance of this fair as far as maritime activities are concerned.

“This fair is very important to carry out the strategy we have which is the recovery of cruise tourism in our country,” said Collado.

This meeting was attended by 700 exhibitors, who presented their innovations in interior design, entertainment, environment and health, accommodation, information technology, ports and destinations, security, equipment, and shipbuilding. Also participating were governments, port authorities, and tourism promotion institutions from countries, regions, and port cities.

The cruise sector was one of the hardest hit by the movement restrictions that the Covid-19 pandemic forced worldwide, as shown by the 2020 figures published. The number of passengers embarked worldwide that year was 5.8 million, 81% less than in 2019; jobs sustained in the sector 576,000 (-51%), and the contribution of cruises to the world economy was $63.4 billion (59%).

FACT
Events
Citizens need to be aware of the importance of tourism events.

Tourism fairs are public and periodic events whose primary purpose is to exhibit, show and disseminate the supply of goods and services of the tourism sector to contribute to its knowledge and commercialization.