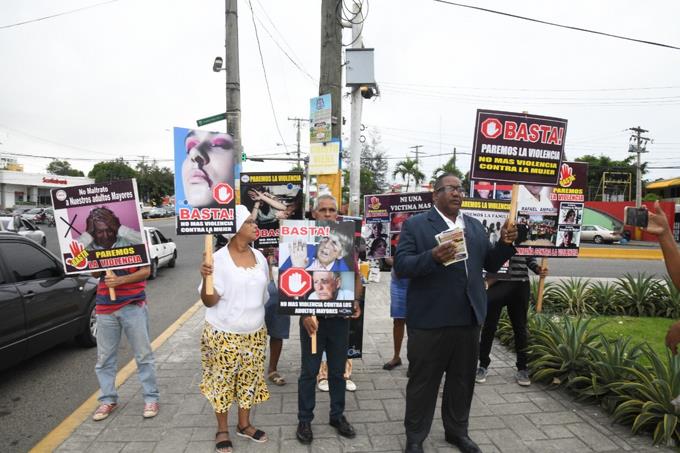 Members of the World Force Impact Movement and the Rogelia Valdez Foundation yesterday asked the government to apply continuous and robust policies to eliminate the mistreatment of women, adolescents, and children.

In response to the rise in violence in recent days in the Dominican Republic, Rafael Amparo, who chairs both entities, demanded that programs and advertising spots against domestic violence be shown on the official channel.

“These programs should be of psychological help for families, but we understand that the country’s schools should dedicate every day, even half an hour of orientation, to talk with young people about the subject, so that awareness is created about it,” consider.

He considered that the programs that the government executes are insufficient because they are for a day, and then they are forgotten.

“Only when there is a dead woman or a child, they immediately leave, but a permanent public policy is needed,” he declared.

Amparo led a demonstration at the intersection of San Vicente de Paúl Avenue and Carretera Mella, where a small number of people carried banners with the faces of dozens of women who fell at the hands of their husbands or former partners.
Gender-based violence continues to claim lives, destroying homes and leaving dozens of children orphaned.

According to work published on Saturday by Listin Diario, during the first quarter of 2022, 24 femicides were registered, of which 13 were perpetrated in April.
According to the Attorney General’s Office, in 2021, there were 152 femicides in the national territory, 18 more cases than those reported the previous year.

Despite the efforts of the authorities to eradicate the scourge, the situation continues to be alarming to the point that various international organizations have classified the country as “one of the most dangerous for women in the region.”

Really think the members call for permanent public policies against violence against women is for the government to remove itself from its passive posture. Gov’t needs to get aggressive with enforcement of its laws protecting women.

For democracy to be shouting “The Mirabales” every time the people think of Trujillo, this legacy of femicides (at least 112 per year since 2016) is a hypocrisy that exposes democracy for what it is: The law of the jungle. Instead using the “Mirabales” to combat femicides, they use it for only political purposes to remain in power. Shame!