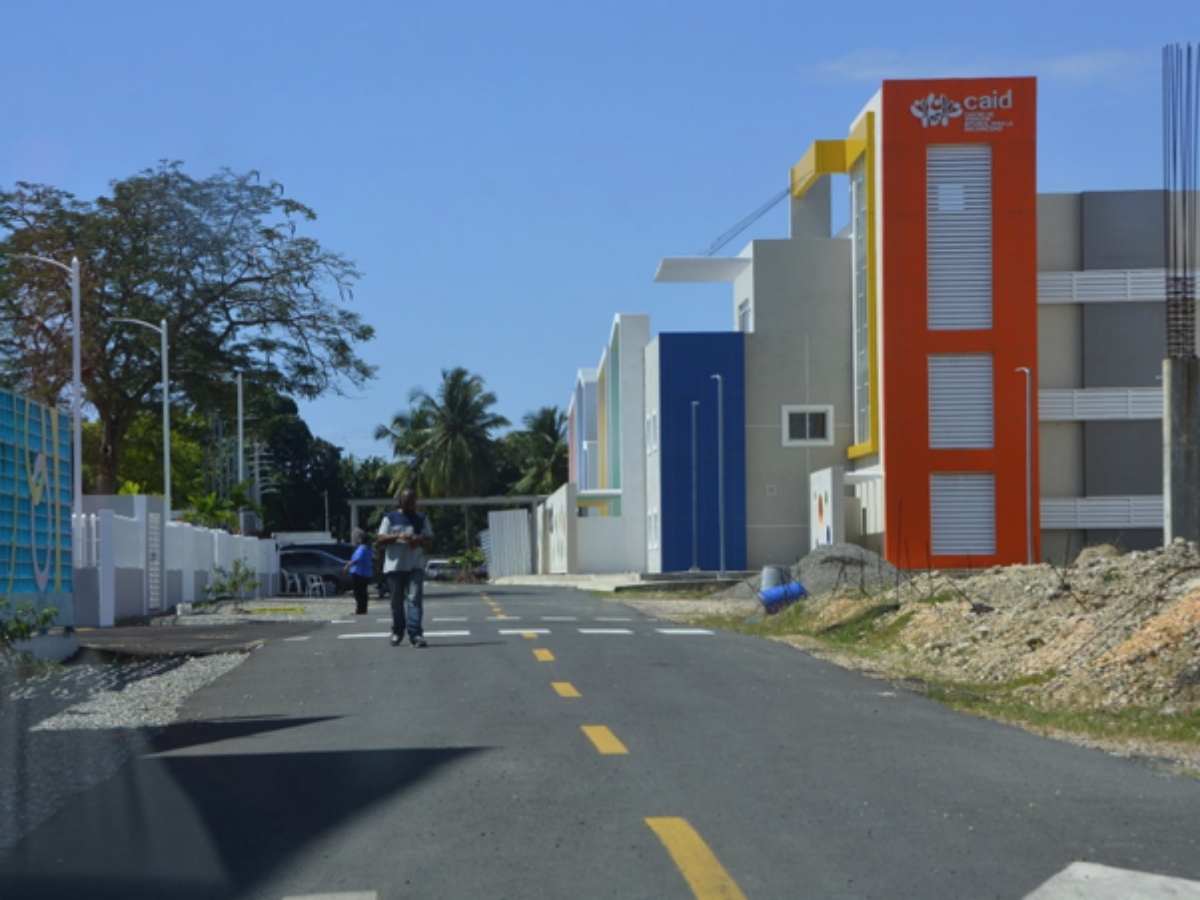 The Comprehensive Care Centers for Disability (CAID) together constitute one of the most important projects in the State in terms of evaluation, diagnosis, and rehabilitation of infants between zero and 12 years of age with Autism, Cerebral Palsy, and Down Syndrome.

The initiative has positively impacted the lives of thousands of families. As a result, it became necessary to expand the center to other areas of the capital to attend to other cases.

Hence the idea of ​​building an enclosure in the Santo Domingo Este municipality, because the parents of children in special conditions who reside in this demarcation must travel long distances, generating a high cost of transportation, so that their children receive the therapies at the CAID on Luperón Avenue.

This situation has led citizens to sue the Dominican State for the project to be completed.

When inquiring about the real reasons why the CAID of Santo Domingo Este has not opened its doors, even though it has been under construction for more than three years, the Ministry of Public Works and Communications (MOPC) responded to Listín Diario that the work was received by the current management “economically exhausted.”

“This became a stumbling block for the correct completion of the project in addition to other actions that have been due,” the ministry explained.

According to the institution, SDE’s CAID is completing Stage I, which includes the first of two buildings that the center will have.

Among the situations that the dependency cites, it explains that projections of volumes of unexecuted items were found that were paid, and others executed without being included in the contracts, so they had to order a review to validate said items.

They also indicated that they modified the design of the work due to the “financial exhaustion of the original contract” and that the completion of the main building was put out to tender and was awarded in a new contract to another construction company.

The lack of foresight in the water supply, the space built without electrical installations, and the insufficient and inadequate drainage are other reasons that the ministry broke down.

According to the MOPC, the coronavirus pandemic and price hikes also affected the pace of work. “Given the price increases, this unit proceeded to request economic balances and extension of the validity of all the contracts of this project,” they said.

When will the work be delivered?

After justifying the delay with the delivery of the project, the big question remains the delivery date, which according to the dependency, is not yet defined.

“For the reasons stated, the inauguration of the center has not been carried out, the MOPC is currently working on the procedures of the files with the priority that these require to complete the first stage and continue with the total completion of the work, it is of great interest for our institution its start-up,” they pointed out.

In addition to providing care to children with special conditions, these centers aim to improve their quality of life for their families and social environment.

The services offered are physical, aquatic, occupational, speech and language therapy, music therapy, behavioral therapy, and cognitive therapy. All this is coupled with psychological assistance for both children and family members.

There are currently three CAIDs in operation. The first was inaugurated by then President Danilo Medina in 2013 in the Santo Domingo Oeste municipality, where its headquarters are also located. The other two are located in the provinces of Santiago de los Caballeros and San Juan de la Maguana.

This has the smell of another scandal being exposed. The sad truth is the public needing rehab still has to wait for services urgently needed.

Wonder how many of these contracted companies have indirect ties to government officials?

Institutional corruption stealing the air the public needs to breath?