Haiti, the country where more people are kidnapped 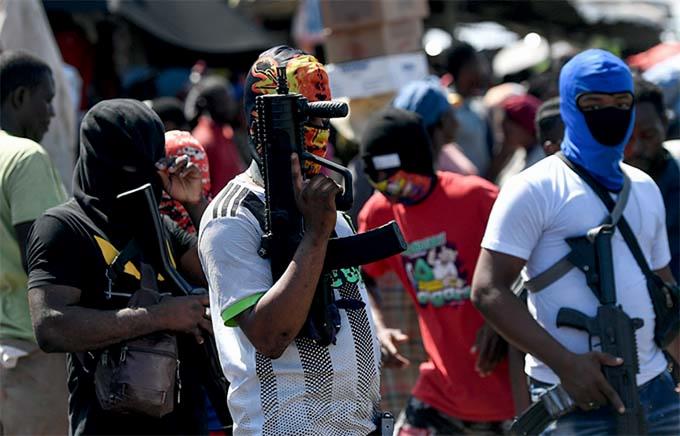 Satanists, film crew, Christian missionaries, and now diplomats. The insecurity situation in neighboring Haiti finds one of its most significant expressions in kidnappings.

In 2021, the Dominican Republic’s western neighbor became the country with the highest rate of kidnappings per capita, with 949 cases in those twelve months.

In 2020 those numbers were 796 cases, the most vital sign of the installation “of a criminality industry.”

In January of 2022, bad luck struck a Dominican truck driver and his partner, who miraculously escaped after suffering a traffic accident.

“We were born that day. After that, I don’t know where I got the strength to run. I don’t know, but God allowed us to survive the accident and the shots that were fired at us,” said Adriana Gómez, who was already on Dominican soil after escaping the attempt.

Two Dominican truck drivers experienced a similar critical situation in October 2021, when the entity to which they belong in the country, Fenatrado, denounced their disappearance. They were Joel Pineda and Luis Diaz.

Other recent cases have been that of Haiti’s former First Lady, Solan¬ge Lafontant, the widow of the late President René Preval, and journalist Alexander Galvez, correspondent in the neighboring country of the television network Te¬lemicro, in the Dominican Republic.

But perhaps the case that best illustrates the situation of terror in the Haitian streets is that of the group of missionaries of the organization Christian Aid Ministries (CAM) from the United States.

On October 16, 2021, 17 people were kidnapped, including five children. Their release took place exactly after the second month of captivity, after the gang that held them, 400 Mawozo, had asked for a millionaire ransom.

This gang has kidnapped the Dominican diplomat Carlos Guillén Tatis, agricultural and commercial advisor of the Dominican Republic in Haiti.

The Dominican diplomat was kidnapped last Friday around noon in the area of Croix-des-Bouquets, while he was on his way to the city of Jimani to enjoy the Dominican Republic’s Labor Day holiday.

The ambassador to Haiti, Faruk Miguel, called for an immediate investigation and his release “safe and sound.”

This is the failed state that they want us to respect and tolerate their behaviour, we dont want to do nothing with haitians if i were president i would close the damn border and let them to die in hunger then invade and take all of our lands including hinche, tabare, juana mendez all of those territory robed by the haitians and corrupt dominican politician of the times

Poor haitian you are not even welcomed in haiti😂😂😂

Poor delusional Haitians that live aboard, they still think Haiti is a country, lol .

When Haitians leave the island, most of the time they never go back ? Haiti must be hell on earth ?

Pay the ransom and close your embassy in Haiti.

Time to go in an wipe out those punk gangs. Who dares wins!!!