Abinader: The police reform goes regardless of the political cost it implies 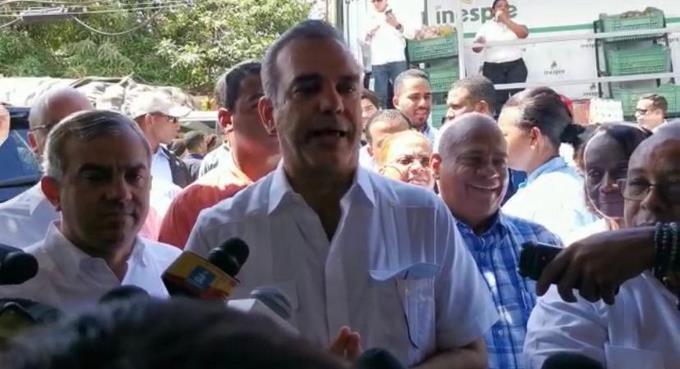 The President of the Republic, Luis Abinader, assured that the police reform “goes regardless of the political cost that it implies” and that they have been applying measures for its transformation and professionalization for some time.

Abinader recalled that they have already implemented improvements in the conditions of the National Police and that they are working on the training of new agents.

“The one who trains today will be on the streets in a year. The police officers on the streets today were trained decades and years ago, and sometimes they only lasted 3 months in training,” said the head of state.

Likewise, he reported that they have been implementing the evaluation process for the institution’s personnel for a month and a half, starting with the “high ranks.”

“There are many who must be changed, but there are also many honest policemen and it is those honest ones that we have to put in charge, making the evaluation, what is being done and what began to be done more than a month and a half ago from above and it is going to reach the lowest levels of the police leadership,” Abinader said.

Beyond this, the president recalled that the process is about a gradual reform and that from the beginning, he indicated that it would take years to carry out the process of transforming the entity.

“A year ago I said that the results were going to start to be seen in two years and I quote what I said that time, that it was possible that it would get worse before it got better, even so, it is good that they review the statistics,” he said.

“I don’t get tired, nor do they tire me, because it is not true that we are going to do a pax, as there was before, a coordinated pax so that everything goes on as well as it did before,” the president concluded.

Abinader spoke during a visit to the National Price Stabilization Institute (Inespre) market.