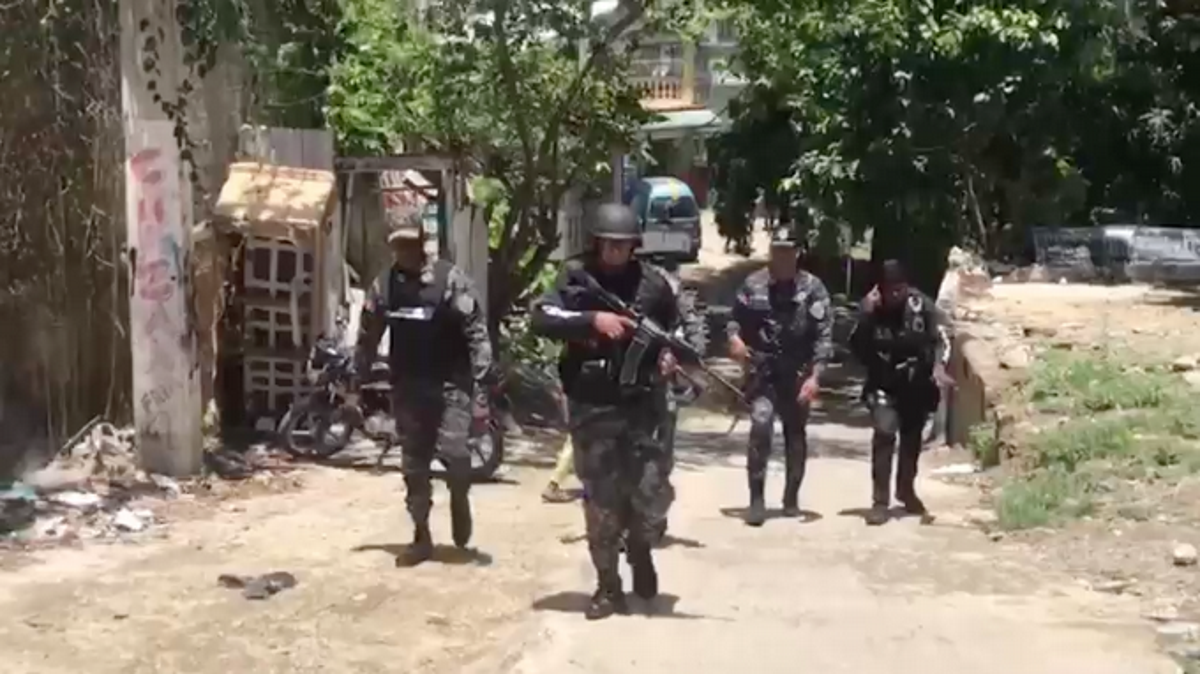 Police officers have been carrying out operations in Santiago since Thursday night.

Police say that 20 people were arrested in the actions, ten motorcycles were seized, and eleven drug points were dismantled.

Santiago, DR
With rifle in hand and accompanied by senior officers, junior officers, and enlisted men of the investigative departments, the new director of the Central Cibao Directorate of the National Police, general Claudio Edgar Gonzalez Moquete, has been going through sectors of Santiago since Thursday night to counteract criminal acts, violence, and other crimes.

The Police said that 20 people were arrested in the operations, ten motorcycles were seized, and eleven points of sale and distribution of controlled substances were dismantled.

The operations are part of a coordinated plan with members of the Public Prosecutor’s Office to stop the boom in micro-trafficking, delinquency, and crime in the area. One hundred fifty new agents, twelve vans, and twelve motorcycles were incorporated into the operations.

The Police affirmed that among those arrested were five adolescents, whose names are being withheld for legal reasons, who allegedly formed part of a gang of criminals dedicated to the theft of motorcycles, one of which was found in their possession.

General Gonzalez Moquete insisted that he would fight delinquency, organized crime, and the scourge of drugs. In addition, he would implement a work plan to restore tranquility and confidence to the citizens because these are the challenges he set for himself upon his arrival in Santiago last Wednesday.

Operative plan
The police officer underlined that to achieve his objectives successfully, he will execute an operative plan in coordination with the other authorities because he will regain that confidence with the development of serious and responsible work.

He said that he would strengthen the approaches and the visits to the educational centers, neighborhood councils, and all the entities of the society of Santiago.

In this context, he said that the work plan to be executed requires the support of the good people of the provinces of Santiago, Espaillat (Moca), and La Vega, which are in the jurisdiction of the Central Cibao Regional Directorate of the law enforcement agency.

Vehicles are searched
In the first operations that he headed last night in various sectors of Santiago, General Moquete was accompanied by senior officers, junior officers, and enlisted men who make up the different intelligence departments of the Police in this area.

The vehicles were thoroughly searched, and the occupants who had nothing to do with the law were allowed to continue on their way, but several suspects were detained. In addition, motorcycles and cars were retained for investigation purposes.

Democracy is the most permissive, tolerant, and inept to defend the country against these social illnesses. Democracy allows migration, importation, distribution, illegal settlement, illegal activities, etc. And only reacts to situations that are deep in trouble. This particular instance show the magnitude of the problems in just one city and we all know the problem will come right back because the causes that led them to be in DR continue.