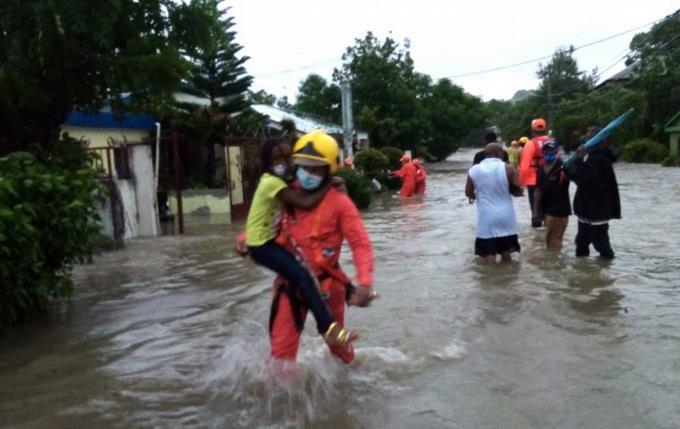 Geographically and historically, the Dominican Republic has been one of the countries most often hit by the passage of atmospheric phenomena, especially during the hurricane season, which begins this Wednesday, June 1, and ends in November.

In the last twenty years, the country has suffered great national catastrophes due to hurricanes, cyclones, and storms that have touched Dominican land, claiming human lives and generating excessive economic losses.

This list began in September 2004, the date Hurricane Iván passed near the country, leaving four dead in its first hours and some six hundred evacuated due to the heavy rains and waves it caused.

On October 29, 2007, Noel mainly affected the provinces of Duarte, Bahoruco, Barahona, Azua, San José de Ocoa, Monseñor Nouel, San Cristóbal and Peravia, leaving a balance of 87 people dead and 42 missing. An average of 64,096 people were evacuated and 1,526 rescued during its passage.

Reports indicate that the Noel storm has been the deadliest in contemporary Dominican history. After passing through the territory, it had almost 64 kilometers per hour winds.

A month after Noel, on December 11, 2007, Olga arrived in the Dominican Republic.

Just from the ravages of storms Noel and Olga alone, the country suffered losses of more than 420 million dollars.

Hurricane Irene hit the country in 2011. According to relief agencies, three people died, and more than 37,000 were evacuated in different parts of the country due to the rains caused by the phenomenon.

Isaac initially formed in 2012 as a tropical storm but later reached hurricane status as it approached the coast of the Caribbean Sea.

On his way through the country, Isaac hit a large part of the western and southwestern regions of the Dominican Republic with rains, strong winds, and floods.

The phenomenon caused the evacuation of more than 7,000 people, destroyed 49 houses, and several rural areas were isolated by the floods and left at least five dead, including three men who drowned in flooded rivers. Likewise, losses in the agricultural sector were reported as more than 30 million dollars.

On August 28, 2015, the Dominican Republic was affected by the passage of storm Erika. To date, the publications of Listin Diario reported that one of the most significant damages occurred in the Cruz de Manzanillo banana project in Monte Cristi.

At least four people died in the Dominican Republic and Haiti, and 7,345 were displaced. The storm maintained sustained winds of 85 kilometers per hour during its journey over Dominican territory.

In 2016, Hurricane Mathew became category three and was located about 515 kilometers southwest of Santo Domingo, causing flooding and rivers overflowing. More than 8,500 people were evacuated as a result of its effects.

A year later, in 2017, the effects of Hurricane Irma left power poles and trees down in the country with aggressive waves due to intense hurricane winds in several provinces, without any human losses being recorded.

On September 21, 2017, 14 days after Irma, Hurricane Maria made landfall in the Dominican Republic.

The overflow of rivers and ravines, and the landslides caused by the rains of Hurricane María, took the lives of five people in Higuey, Moca, Montecristi, and Mao.

It should be noted that this hurricane was much more deadly for Puerto Rico. On the neighboring island, María caused the death of more than 3,000 people and economic losses amounting to 90 million dollars.

In 2020, at the beginning of the pandemic, Storm Isaías caused damage to 1,168 homes, according to reports from the Emergency Operations Center (COE).

The province of Hato Mayor got hit by the worst part. In this eastern city, Isaías caused significant damage, leaving thousands of families homeless because the rains swept away their houses.

Likewise, 131 localities were isolated due to the overflow of rivers, streams, and ravines.

On August 22, 2020, Storm Laura arrived in the country with maximum winds of 85 kilometers per hour. The rains and winds caused almost the entire country to be under red alert and left a balance of 4 deaths.

The main damages were caused in Los Ríos, in the National District; in Los Alcarrizos, in Pedernales, San Cristóbal, Barahona and other parts of the country.

Those with the most significant impact on Dominican territory in 2021 were Grace, Fred, and Elsa.

Fred and Grace formed almost simultaneously, creating a greater risk for the country and placing all provinces on alert. While Elsa’s toll left two deceased, 51 houses were affected, and 260 people mobilized throughout the national territory.

The outlook for this hurricane season is that it will be more active than usual, reported the forecaster of the National Meteorological Office (Onamet), Cristopher Florián.

He explained that the expectations for this hurricane season are that 19 named tropical storms form, of which nine could reach the category of a hurricane, and that of these four will reach category three, four, or five on the Saffir Simpson scale.