Authorities say they have achieved their goal: Bringing security to the streets 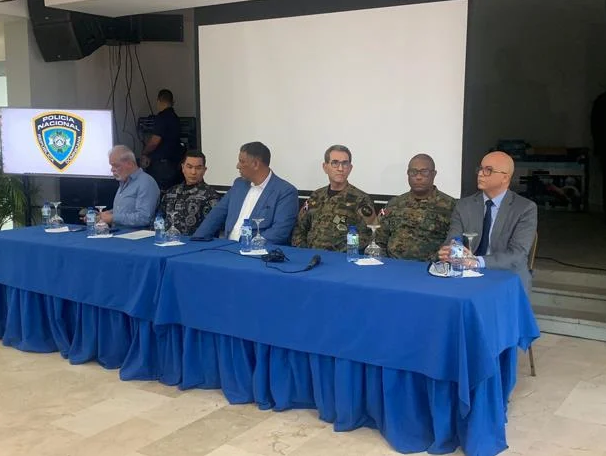 Board in charge of mixed patrolling. Photo: HAmparo | Daily List.

“The operation had as its first measure to bring security to the streets and we have achieved it in a week,” said José Vila del Castillo, commissioner for police reform.

After a week of starting the mixed patrol in the national territory, the military and police high command revealed that in six days, they had achieved their fundamental goal of reducing crime, which had already decreased by 25%.

“The operation had as its first measure to bring security to the streets and we have achieved it in a week,” said José Vila del Castillo, commissioner for police reform.

Vila pointed out that compared to the year 2021, for the same week but from this 2022, it decreased from 1,052 criminal acts and criminality to 787 throughout the national territory, representing a percentage figure of 25%.

Likewise, the advisor indicated that, according to the surveys carried out by the population, they favor patrolling, and the feeling of security has increased.

He indicated that after achieving this first objective, they would move towards a second stage that will require a meeting of the participating authorities to generate new joint work systems.

On his side, the director of the National Police, Major General Eduardo Alberto Then, explained that they had detained 24 known alleged criminals and another three with records.

He also indicated that 34 pistols, nine revolvers, a rifle, and nine shotguns had been seized.

He pointed out that marijuana, cocaine, and crack were narcotic substances.

Although several deaths of alleged criminals have been reported this week, the authorities did not specify the number of victims in the suspected exchanges of fire.

The information was offered during a press conference in which the Ministers of the Interior and Police, Jesús Vásquez, also participated; Defense, Carlos Luciano Díaz Morfa; the spokesman for the Presidency, Homero Figueroa, as well as representatives of the other military bodies.

Marijuana is not a narcotic drug and should be legalized or decriminalized, the police should concentrate on cocaine and heroin.

“Authorities say they have achieved their goal:” ….What a crock of bull ! They must have blinders on.

How can they make this type of declaration after only a week? laughable.

Marijuana is a drug like all the others” How are you people ever going to change if you keep supporting evil always???😒😒😒

They patrol the streets during the day. With all the show of power. What about the night when the thieves comes out. STUPID id STUPID. Not a cop in sight.