Abinader sets his sights on ’24 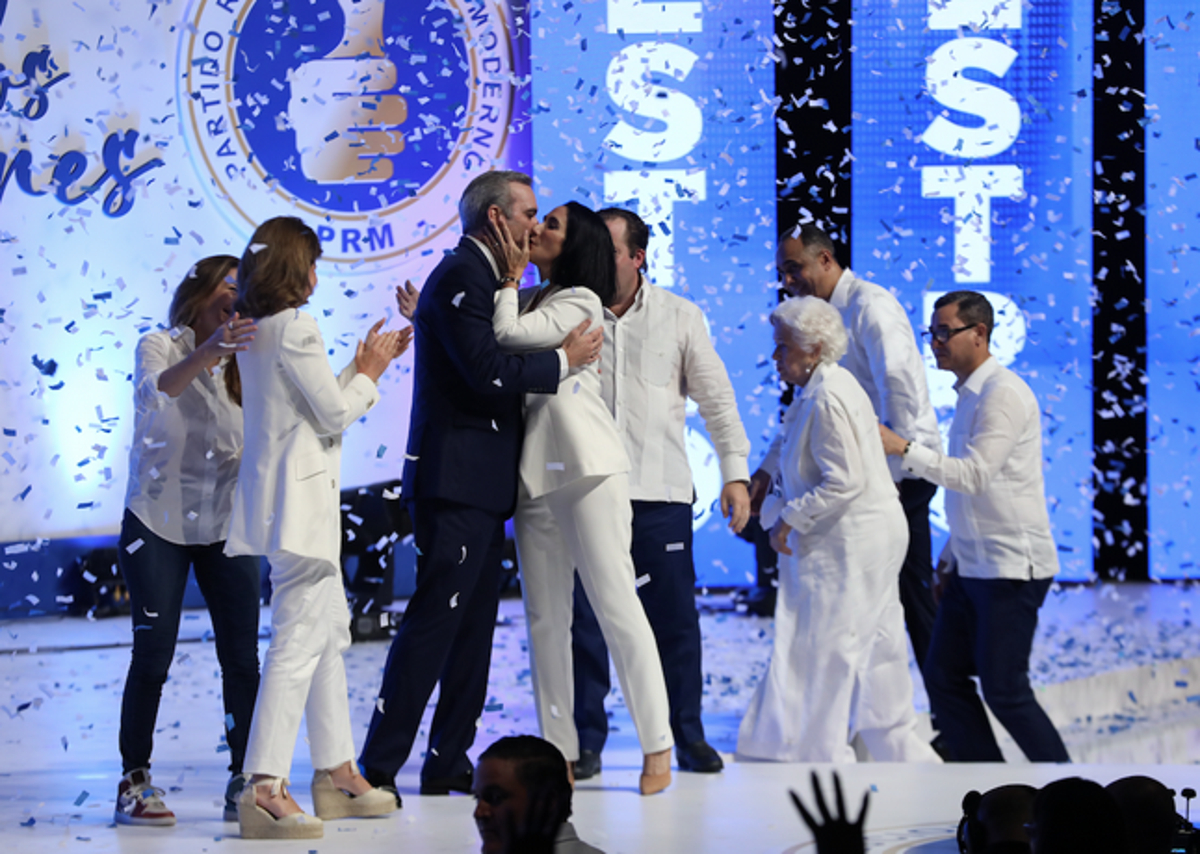 Yesterday Abinader launched the electoral campaign cry of the Modern Revolutionary Party (PRM) during an act in which the new authorities of that official organization were installed.

“Don’t look back,” said the president, repeatedly, in a clear message addressed to the mass of voters who will have to go to the polls in 2024.

Abinader warned that the time for the other mandates “has already expired.”His statements were made during the development of a political session at the “Virgilio Travieso Soto” Sports Palace, where the president made clear his willingness to seek a second presidential term.

During his speech at the event, which had as its purpose the delivery of certificates to the new authorities of the Modern Revolutionary Party (PRM), Abinader maintained that this political organization was the result of a democratic vocation contrary to party caudillismo.

Similarly, he stressed that almost two years ago, the work and the promise of change made the people turn them into the greatest political force in the country and that today they confirm that the Dominicans knew what they were doing when they were elected to lead the destinies of the Republic. Dominican.

After pointing out that they beat the Dominican Liberation Party (PLD) by a lot, the president was emphatic in indicating that the time of that political entity “has passed” and that “although today they try to deceive us again, we Dominicans have memory, and we know that where they are better (the pedeistas) is in the opposition; where they can yell, but they can’t harm people’s lives and take advantage of the government.”

Similarly, Abinader stressed that the other presidential candidates in the next electoral event “have the nerve to present themselves with the same faces, the same characters with whom they governed, and they did absolutely nothing for the country.”

Abinader to the opposition

“Let them contribute or leave” was what President Abinader addressed to those leaders of political parties who intend to achieve power.

He confessed that previous presidents complained about problems that “they never knew how to solve” and cited the cases of inflation and crime that, in his opinion, reached record figures in those governments.

He proclaimed before more than 400 people that his government had made the country an example for others.

“We no longer occupy the first places in world corruption, but those of growth and exemplary character,” said the head of state.

Likewise, he highlighted qualities that he understood had characterized his party.

To culminate the speech he offered for approximately 16 minutes, the Dominican president invited all citizens to “not look back.”

In delivering the central speech of the act, the president stated that in 2020 the PRM won at the polls against a perverse and corrupt culture based on private interests over the general welfare.

In the same sense, he pointed out that “the people took the Modern Revolutionary Party to the presidency because they were convinced that those who governed no longer represented collective interests, because they had placed the personal and group ambitions of their leaders above the interests of the Dominicans.”

He also added that citizens should not forget that the true victory of a political party is not achieved only when power is completed, but when this power is used to serve the people and solve the real problems of the people.

He stated that this political organization was founded to defend democracy since they were born to restore dignity to a country that cried out for freedom, justice, equal opportunities, and work.

Santo Domingo.- The membership and senior leadership of the Modern Revolutionary Party expressed their full support for President Luis Abinader’s management of the government, delivered certificates to the elected leaders, and activated their main asset in terms of campaign strategy and who was the head of the presidential campaign Roberto Fulcar, who was proposed as president of the National Strategy Commission.