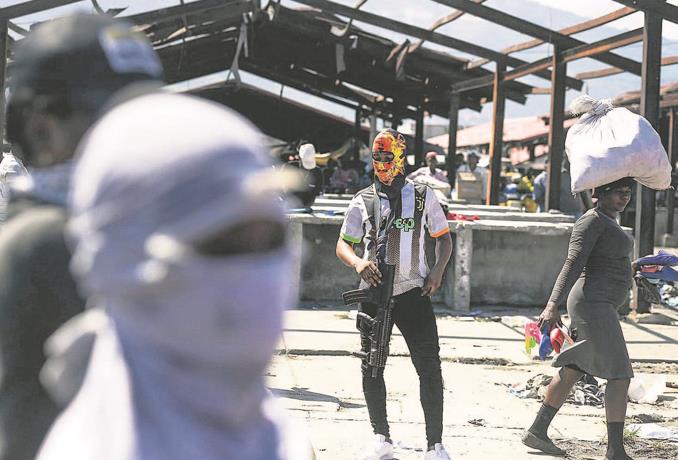 The Dominican authorities reported that none of the Haitian gangs operate in the national territory and that a Creole inserted in them in Haiti is an isolated act of a fugitive who has lived for about ten years in Haitian territory.

In a statement from the National Palace, it is stated that the Dominican Republic has a biometric registration system and other technologies that allow us to identify the main leaders of the gangs that operate in Haiti; That same document indicates that Haiti does not have the technology or reliable records to obtain accurate information on the identity of the members of the different criminal gangs.

The document indicates that the Haitian National Police released the confessions obtained in interrogating an individual named “Molaï Ortiz Mieses.”

The document specifies that, according to national intelligence agencies, Luis Alejandro Ortiz Mieses (Alias ​​Molaï) is registered as Dominican in the Central Electoral Board (JCE) database, born on 12/29/88, in the municipality of Guerra, Santo Domingo province and that his identity was confirmed by comparing fingerprints and his relatives, who claim they have not had contact for ten years.

Mieses was a fugitive.
Ortiz Mieses was declared a fugitive from Dominican justice, in 2013, for participating in the kidnapping of a merchant in the municipality of Guerra, Santo Domingo province.

Reports from national intelligence agencies do not identify other Dominicans as members of any of the gangs active in Haitian territory.

In its Thursday edition, the Listin Diario published that heavily armed Haitian gangs dedicated to kidnapping, killing, assaulting, and stealing in their country, support part of their finances through marijuana trafficking, undocumented persons, and merchandise smuggling.

Last Tuesday, the Haitian National Police (PNH) reported that “a legion of Dominicans” are an integral part of the criminal gangs that operate in Haitian territory.

SECURITY
Threat.
“The fact that these gangs are rapidly expanding in towns in the North, Northeast, and Northwest of Haiti, some as far as the Dominican border, is already a threat to the security of neighboring towns,” said Auguste Antoine.

Delinquency.
Professor George Simon reported that the cultivation of marijuana in mountainous areas of Haiti, especially in the North and South, is common and at the service of Haitian criminal networks.

Please don’t offend us with lies! You can’t control the national territory and the border is out of control. You will be shown to be wrong at the expense of our suffering. You are known to lie!

Assurances from government are as weak as a house foundation made from Jell-O.

Can the government openly deny there are Haitian gang mafias coordinating cross border trafficking while on the Dominican side of the border?