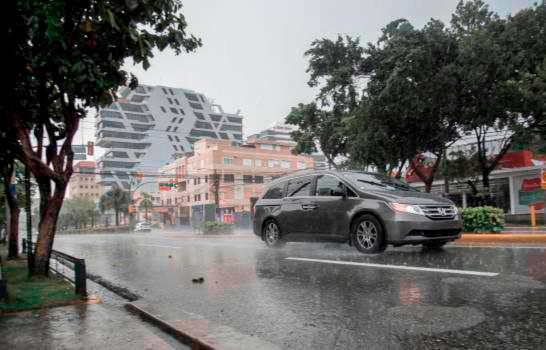 Onamet reported that a potential tropical cyclone will have an indirect impact on the country. ( FREE JOURNAL / ARCHIVE )

The agency indicated that weather system number 2 does not pose any danger to the country.

The National Meteorological Office (Onamet) forecast for Thursday downpours towards localities in the north, southeast (Gran Santo Domingo), southwest, and the Central mountain range, caused by the indirect effects of a potential tropical cyclone, which is currently east of Colombia, and the east/northeast wind.

The agency predicts that the rains will affect from the afternoon and night of today. By Friday, Onamet reported a decrease in humidity, which will begin to gradually reduce the potential cyclone moves away, which will not offer a danger to the country.

However, the entity does not rule out possible showers towards the southeast regions (Gran Santo Domingo) and the Cordillera Central for Friday.

The potential cyclone is located about 105 km east/southeast of the northern tip of the Guajira Colombia peninsula, has maximum sustained winds of up to 65 km/h, and tracking west at about 31 km/h.

It also monitors a very low probability of becoming a tropical cyclone in the next two days.

Additionally, another disorganized area of downpours and thunderstorms was reported over the northern portion of the Gulf of Mexico, which has an average probability of reaching the category of a tropical cyclone in the next two days, but due to its position and displacement does not offer danger to the country.