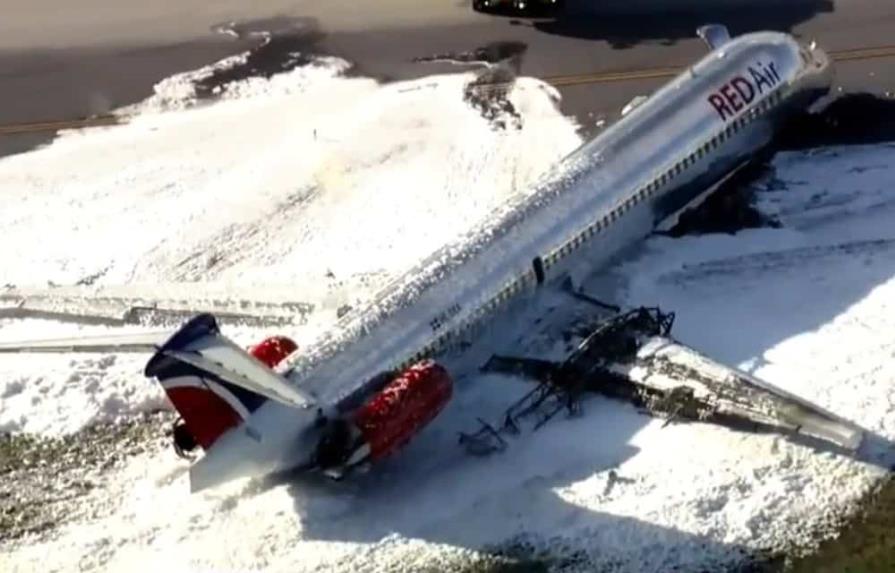 Flight 203 crash-landed at the airport of Miami when it caught fire because of a landing gear malfunction.

According to the complaint, RED Air’s flight crew “failed to take actions to evacuate passengers in a timely and safe manner, and chaos broke out as the terrified passengers rushed to free themselves through an exit door.”

The plaintiffs assured that the service and maintenance records of the aircraft show “several incidents prior” to the one recorded on the afternoon of June 21.

RED Air is a low-fare airline based in the Dominican Republic that launched in November 2021 and flies between its home base in Santo Domingo and Miami International Airport.

Any lawyer will file a complaint for his/her client ASAP. One can expect any claim will take a long time for a resolution, especially one having to do with an airplane crash. It will take months, possibly years, before an investigation comes to a conclusive result of the cause of the RED Air crash.

The clients should weigh settling a claim soon out of court. The airline may file for bankruptsy, there may be no funds available to compensate the complainants.