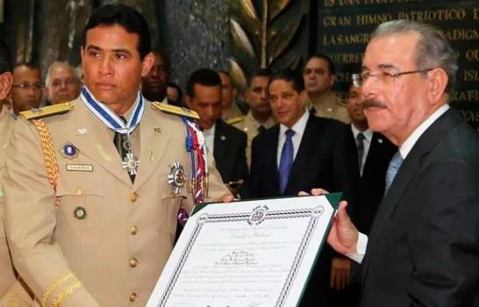 Another 40 Dominican Republic officials linked to corruption
Santo Domingo.- The Minister of the Presidency, Lisandro Macarrulla, is the latest in a list of more than 40 senior officials of the current government who have requested or been placed on leave due to some scandal, mainly corruption, in less than two years into his government.
Macarrulla on Wednesday requested a license to charge him, “in accordance with the powers established in the Public Function Law.”
“I have requested the President of the Republic a license from my position as Minister of the Presidency,” the minister tweeted after 11pm.
The announcement comes days after the Public Ministry linked his son, Lisandro José Macarrulla Martínez, in the case of alleged administrative corruption called Medusa, whose main defendant is former attorney Jean Alain Rodríguez.

“Another 40” is not surprising at all. Institutional corruption is the name of the devil who seduced these people into its workings. The illegal perks of government office is the eye candy for them. It is going to take a long time to clean house.

The title should read: ‘For the first time in DR history, the country is fighting corruption’. But this news outlet ways finds ways to flip the content to make a good new looks bad. 🙂

You should review the justification for your opinion about the flip. This news outlet does not flip the content to make good news look bad. It publishes the news in English translated from the Spanish language medias of the RD.

Perhaps, but the truth is that this administration is fighting corruption. The presentation of accusations against former officials accused of plundering the treasury has set a precedent in the legal history of the country, marking a before and after in the fight against corruption