Motorists huddle agitated at Intrant after start of inspections 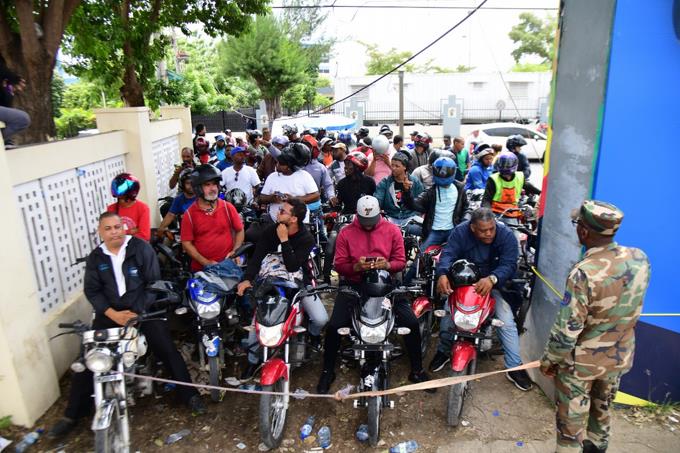 From the early morning hours, thousands of motorcyclists were at the National Institute of Traffic and Land Transport (Intrant) motorcycle registration post crowded together, agitated as the inspection deadline expired.

The small regulation post was not enough. A row of four columns went around the Quisqueya Juan Marichal Stadium, and many had been waiting for their turn since the previous day.

The motorcycle registry is part of the “My Safe Country” citizen security plan to lower the country’s crime rates.

The Intrant spokesman, Ramón Baldeyaque, explained that this Friday is the deadline to start the inspection of motorcycles.

However, he mentioned that they will continue to register in the National District, San Cristóbal, Santiago, Duarte (San Francisco de Macorís) and La Vega.

The spokesman pointed out that people who travel through the streets with their motorcycles must have their documents to carry out the process.

“The motorcycle user must approach the points with his ID, his motorcycle, the protective helmet and the payment receipt for the category 1 license, which is the exclusive license for motorcycles,” Baldeyaque quoted.