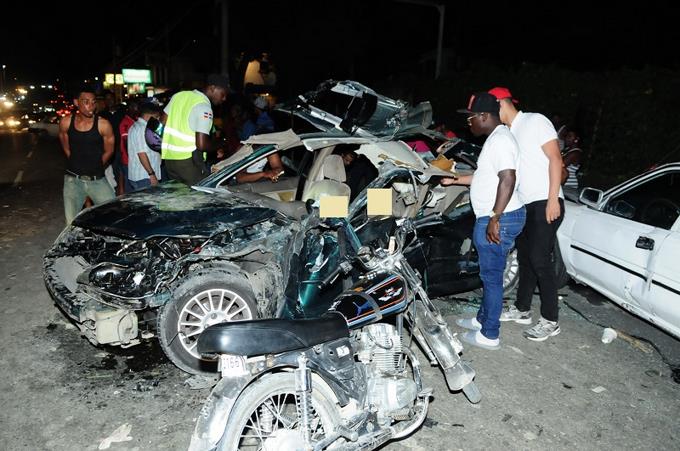 Santo Domingo, DR.
A Canadian citizen dedicated to business in the Dominican Republic did not imagine that a procedure of fewer than one thousand pesos, at that time, would lead her to bankruptcy and to pay a compensation of two million pesos for an event in which she had no participation.

With the vehicle that the foreigner imported and then sold but did not make sure to complete the paperwork, an accident occurred that caused the death of one person.

As she was the owner, the reparations for the damages fell on her since the plaintiff’s lawyers resorted to legal provisions, among them that of unknown domicile (article 69 numeral 7 of the Code of Civil Procedure), so the summons did not reach her hands. When she was seized, she learned that she was sentenced in the first and second instances and ratified by the Supreme Court as irrevocable.

Traffic accidents, in which the country leads the list in the continent, not only cause deaths (720 so far this year), thousands of people with disabilities, and property damage but also increase poverty and put pressure on the health system, especially in trauma hospitals. The National Health Insurance in one year reported 50 thousand requests for coverage for traffic accidents.

Poverty is exacerbated because many fathers and mothers go out to work to support their families, lose their lives on the roads or suffer physical injuries. Still, there are also civil lawsuits tucked away in the courts in the country. One example is that out of 100 judgments in the Supreme Court, in a random count in last January’s newsletter, 25 are for traffic events.

She found out when she was seized.
Although the case of the Canadian woman occurred in 2008, this year, the Supreme Court of Justice issued sentence SCJ-SS-22-0004, which establishes that the vehicle’s buyer is responsible for the damages it causes, as long as the contract was registered before the accident.

This indicates that there remains the risk of a seller going through this same situation if he does not unload his vehicle at the General Directorate of Internal Taxes and registers the act of sale at the Civil Registry of the Mortgage Conservatorship.

The case was explained by lawyer and professor Eduardo Tavárez Guerrero, who presented the existing legislation and gave the guidelines to be up to date with the purchase and sale of vehicles, as well as the course to be taken by those affected by these events.

“Make the discharge of the vehicle before the DGII since they sell the vehicle, because even selling it and leaving it in dealer, if it crashes that same day and until the discharge or transfer does not take place, the seller is civilly liable for the damages,” recommended the expert.

The Canadian woman was his client. What is striking in this case is that the plaintiff’s lawyers “did not know” the Canadian woman’s address, but they did know her address to seize her after the first and second-degree sentence was made definitive by the highest court of justice.

Recommendation.
The lawyer Eduardo Tavárez Guerrero recommends making the discharge, taking the notarized sales contract and registering in the corresponding city hall, a copy of the registration, of the identification cards of both parties, and the receipt of payment of the DGIII.