These are the weather conditions for this Sunday, Father’s Day 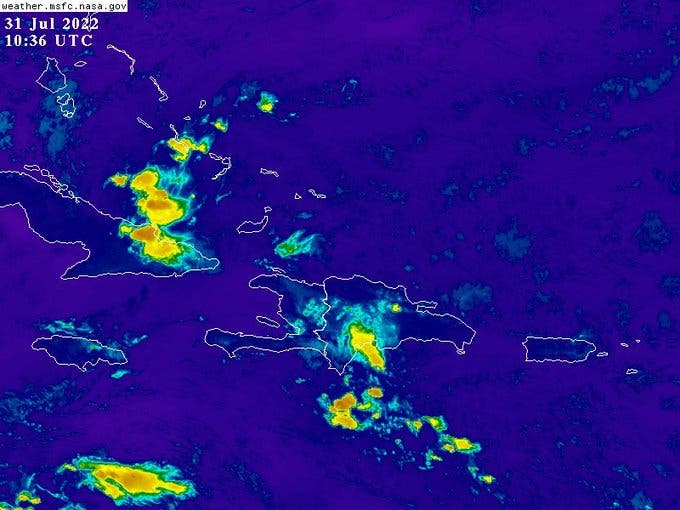 Partly cloudy to cloudy at times with scattered showers

For this Sunday, the National Meteorological Office predicted a gradual decrease in rainfall intensity over the country due to the departure of the tropical wave located over Haiti.

However, Onamet explained that the humidity left by the passage of the same, the presence of the trough in height, and the local effects would be generating, from morning hours, clouds with scattered showers, thunderstorms, and wind gusts towards localities of the regions: north, northeast, the Caribbean coast, and the Central Cordillera.

On the Caribbean coast, operators of fragile, small, and medium-sized boats are advised to navigate cautiously near the coastal perimeter without venturing out to sea due to abnormal waves and wind gusts.

Due to the precipitations that have occurred and those expected, the weather alert levels are maintained due to possible urban flooding, flooding of rivers, streams, and creeks, as well as landslides in different municipalities of the following provinces: