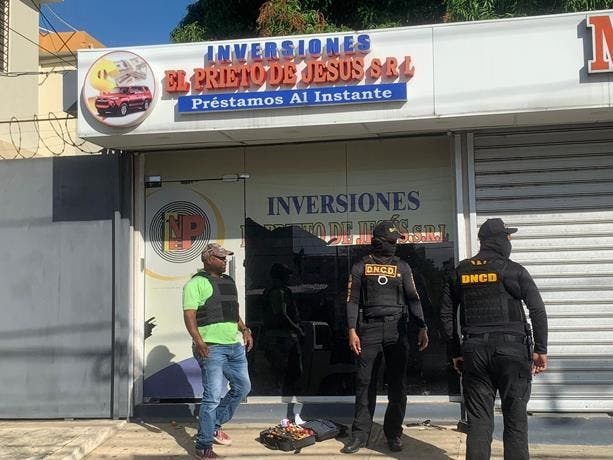 Members of the National Drug Control Directorate (DNCD), in support of the Specialized Anti-Money Laundering and Terrorist Financing Prosecutor’s Office, carried out several raids in the province of Santiago this Wednesday morning.

According to unofficial information, the operations being carried out at this moment by the authorities are related to the Falcon case.

They indicate that among the places seized, the business Inversiones Prieto de Jesús SRL is owned by one of those implicated in the Falcón case. Said company is dedicated to vehicle loans, financing, rentals, and foreign currency exchange.

Falcon Operation
It is recalled that in September 2021, more than 60 prosecutors led Operation Falcon, an action against drug trafficking and money laundering involving more than 200 DNCD agents to execute more than 80 raids in Santiago and Santo Domingo.

In the case, some 23 people were arrested, 21 of whom were sentenced to coercive measures, including the former deputy and director of Comunidad Digna, Juan Maldonado Castro. The group is accused of trafficking 2,500 kilos of coca per week and moving more than US$500 million.