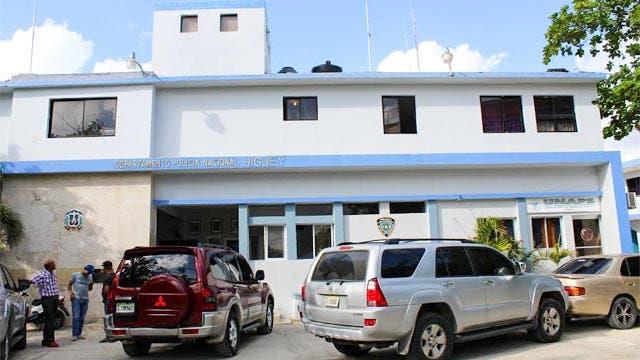 A person was killed with a knife during a brawl in a colmado in Veron, Punta Cana.

According to information from the National Police reports, the deceased was identified as Luis Yohansel Minyeti Santana, who suffered a knife wound in the hemothorax and pneumothorax, according to the diagnosis of a medical center in Veron.

Meanwhile, the alleged murderer is Randy Ernesto Santana Núñez, who was arrested by members of the Criminal Investigations Division (Dicrim) in that area.

The police report states that the deceased and the alleged murderer quarreled because the deceased allegedly left without paying the amount of 18 beers he had consumed in a grocery store “colmado,” located on the main street of Veron Punta Cana.

The report says that after consuming the beverages, the deceased left without paying, leaving his wife’s cell phone as collateral, but returned to claim the cell phone. That is when a fight broke out, with Minyeti Santana losing his life.

The detainee will be placed at the disposal of the Public Prosecutor’s Office for the corresponding legal purposes.

Veron is about 95% Haitian population.

And your point is??? Neither party mentioned above have names that would lead one to believe that being Haitian has anything to do with this.

Typical. Another Dominican stuck in the Trujillo era. What exactly does this information have to do with what happened?