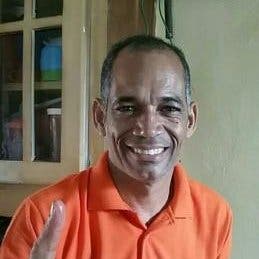 Sickness and indignation at being a repeated victim of crime and receiving no response from the authorities were the likely reasons that led Daniel Guerrero, a 50-year-old cabinetmaker from La Romana, to barricade himself in his workshop after taking the lives of at least two people and wounding six members of the National Police, including a member of the SWAT team.

Daniel Guerrero kept the Callejón de Guaymate, in the municipality of La Romana, tense for approximately seven hours after killing two civilians who were left lying in the street after five o’clock in the afternoon. One of the wounded was identified as Gamaliel Mota García, a concerned neighbor who tried to mediate. It is presumed that he was, together with the other initial victim, a robber, but this version has not been confirmed.

Guerrero, the cabinetmaker, defined by the residents of the neighborhood where the events occurred as a humble, hardworking, quiet, and well-mannered person, barricaded himself in his cabinetmaking workshop after the first deaths after the first National Police agents arrived to try to arrest him.

In a series of events still confusing to most of society and of which the National Police has not yet provided details, Daniel, a 50-year-old man with no known military training, police experience, or weapons experience, was able to strip a lieutenant of his service weapon and kidnap him to hold him hostage. At the same time, he shot and made all the members of the uniformed forces who tried to enter the room he was in retreat.

Six members of the uniform were wounded, and the preliminary count indicates that two officers were killed and another who was injured died this morning, Friday.

Guerrero was killed after midnight, almost seven hours after the first shot was fired. His body was taken out of the small workshop where he was in front of the eyes of nearly the entire neighborhood that, no matter how many shots the deceased fired, remained expectant due to the morbid curiosity to know the outcome of what will be for months the most interesting story told in the neighborhood.

This is a very sad story. Since Covid, La Romana has become a very dangerous place to live in and at night even more so . I live in La Romana and the truth is that not only is the place riddled with delinquents but also with police who take the law into their own hands and execute on the street young people whom they suspect of being criminals . Many of the police are too young and without sufficient experience to be in the many dangerous barrios of La Romana. It is going to take years for the people to trust the police again. In the meantime there seems to be no plan to tackle the crimes of robbery, murder, extortion and petty crime that is destroying this town.