Fiona is expected to arrive in the Dominican Republic on Monday morning. 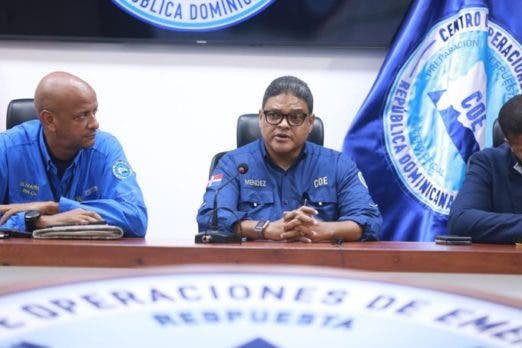 Tropical storm Fiona is expected to arrive in the Dominican Republic as of Monday morning, leaving on Tuesday morning towards the North Atlantic.

This was reported Friday by the director of the National Meteorological Office (Onamet), Gloria Ceballos, who said that rainfall models of the meteorological phenomenon indicate that it could generally accumulate rainfall between 100 and 250 millimeters and in isolated points up to 400.

“It will move south of Puerto Rico between Saturday and Sunday. Then, on Sunday night, it would be to the southwest of the national territory, near Saona Island,” Ceballos said.

Given Fiona’s passage through the DR, the emergency committee was activated in the National District.

The authorities called on the Dominican population to closely monitor the development and evolution of the storm, as well as not to be careless.

Fiona, the seventh storm of this year in the Atlantic basin, is 175 miles (285 km) east of Guadeloupe and has maximum sustained winds of 50 miles per hour (85 km/h).

This morning it was moving in a westerly direction at 15 mph (24 km/h).

The NHC urged authorities in the Dominican Republic and Haiti to monitor the progress of this system to take precautions.

It is expected to move westward with a gradual decrease in track speed through Saturday night or early Sunday, followed by a turn to the west-northwest later Sunday.

On the forecast track, the center of Fiona is expected to move across the Lesser Antilles tonight and early Saturday and pass near or south of the Virgin Islands and Puerto Rico Saturday through Sunday.

Some slight strengthening of winds is forecast during the next few days.

Tropical-storm-force winds extend to 125 miles (205 km) from the storm’s center, especially over Puerto Rico and the Dominican Republic.