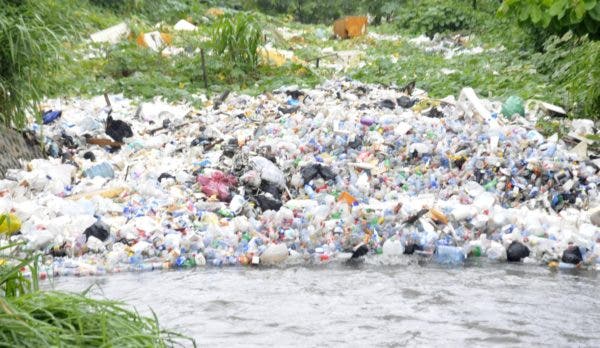 State of the Guajimía canyon after noon yesterday, when heavy rains were expected.

Gullies with large amounts of solid waste, such as Guajimía, in Santo Domingo Oeste, families living on dangerous slopes such as in La Javilla de Los Mina, Santo Domingo Este, and hundreds settled on the banks of the Ozama and Isabela rivers is the panorama in the greater Santo Domingo area.

In some cases, such as the slope of La Javilla, almost under the Francisco del Rosario Sanchez bridge, in Santo Domingo East, the residents were reluctant to leave their homes yesterday after being asked to do so by Civil Defense brigades for fear of finding them empty after the effects of the phenomenon have passed.

Alfredo Felix, who a year ago was left out in the open after a landslide on his house in La Javilla after the passing of storm Grace, was forced to return to danger after several months of shelter after shelter.

Some 14 families of that place were sheltered for two months in the Elvira de Mendoza School in Los Mina and then in the La Lila Community Center in Los Tres Brazos; however, when no solution was found, they were forced to return to the danger zone in the Ribera del Ozama.

The 14 affected families of Ribera del Ozama did not have the same luck as the 30 families affected by the Los Rios gully flooding in La Yuca. The latter receive monthly rent payments for housing until the government builds the houses and the food rations they receive. 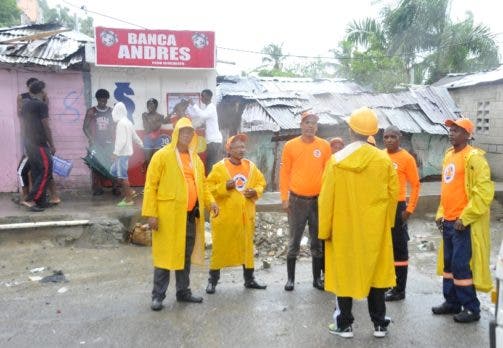 Welington Santos, a member of the Civil Defense in Los Mina, reported that yesterday they tried to motivate the dozens of families living on the banks of the Ozama and La Pendiente to leave their homes. Still, they resisted alleging that they would not leave their belongings.

On the other hand, the Community Emergency Committee of La Zurza prepared since Saturday its contingency plan, together with the Civil Defense, to go into action if the circumstances warrant it.

Francisco Reyes, who is a member of the committee, explains that they have control of the situation and that it is from two or three days after the rains when the Isabela River drops in height.

He pointed out that the most vulnerable are the 42 families who have been living in the so-called “casitas” on the banks of the Isabela for 16 years when the Office for the Reorganization of Transportation (Opret) built them as temporary housing.

More than 200 families who lived in the Hoyo de la Zurza were moved into these shacks to make way for the trucks that transported the earth for the tunnel for the construction of the Santo Domingo Metro.

In West Santo Domingo, the most vulnerable live on or on the sides of the Guajimía gully, where several people have been swept away by its waters in times of rain.

Yesterday, the mayor of Santo Domingo East, Manuel Jimenez, supervised critical points of the municipality in terms of rain drainage, such as Charles de Gaulle Avenue, in front of the Multicentro La Sirena, where cleaning works were carried out.