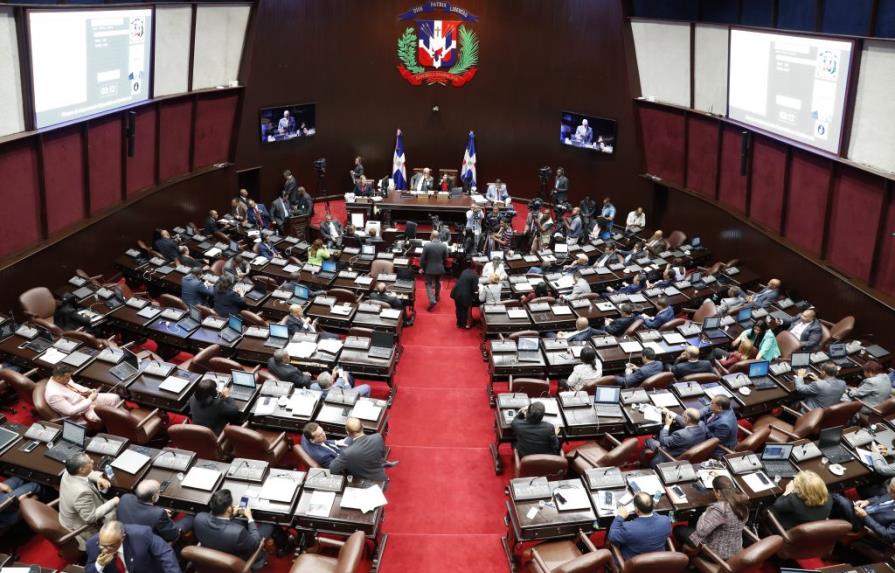 View of the hemicycle in the Chamber of Deputies. ( EXTERNAL SOURCE )

Creating a Meteorology Institute, a climate change law, and the declaration of demarcation as an ecotourism province are some environmental bills currently before the National Congress for possible approval.

These projects are being studied in the Commissions of Environment and Natural Resources of the Chamber of Deputies and the Senate of the Republic. Last Thursday, during a session in the upper chamber, three initiatives authored by legislators Bautista Rojas Gómez and Félix Bautista were sent to the latter.

Meanwhile, the Chamber of Deputies recently informed that it is studying the bill on climate change in the Dominican Republic, submitted by the deputy of the Modern Revolutionary Party, Juan Medina Santos.

An organism that would replace Onamet

The senator for the Fuerza del Pueblo party, Felix Bautista, proposed a bill to create the Dominican Institute of Meteorology (Indomet), which would replace the National Meteorological Office (Onamet) and would be attached to the Ministry of the Environment.

According to the initiative of the senator for San Juan, the entity would be “the governing body responsible for the meteorological activities and information of the country, empowered to collect and transmit data from national and international stations, maintaining adequate relations with the competent organizations in matters of meteorological information.”

One of the recitals of the project advocates that in the present millennium, there should be “a modern vision of meteorological services, for the social and economic development of the nation.”

In mid-September, the Chamber of Deputies reported that the Environment Commission was continuing work on the discussion of a bill on Climate Change. This initiative has been in the National Congress for more than ten years.

The bill discussed was introduced by former legislator Ricardo de Jesús Contreras and taken up by Deputy Juan Medina Santos. He explained that he has been working on the initiative for more than six years since its introduction.

This law aims to establish the regulatory framework and the general principles on which policies, strategies, provisions, and instruments are designed to prevent and mitigate the emission of greenhouse gases that cause global warming.

The bill that declares Hermanas Mirabal as an ecotourism province in the Senate is also known.

The bill submitted by the former Minister of the Environment, Bautista Rojas Gómez, states in  article one that the initiative’s objective is “to watch over the conservation and sustainable use of the natural resources and the promotion of cultural manifestations, for the benefit of the province.”

The bill contemplates an annual budget of 10 million pesos “during the next four years, starting from the budget of the year following the entry into force of this law.”

In the piece, the legislator for Fuerza del Pueblo contemplates the creation of an Ecotourism Development Council of the Hermanas Mirabal province “as the governing body for the promotion and regulation of ecotourism activities in the province.”

Creation of a Botanical Garden

The upper house is also studying a project that seeks the creation of the Dr. Miguel Canela Lázaro Botanical Garden in the Hermanas Mirabal province, which, according to the bill, “enjoys a high biodiversity, characterized by the presence of native and endemic species, some exclusive to this zone,” citing the case of the Salcedoa mirabaliarum.