4.6 magnitude earthquake is recorded in the east of the country 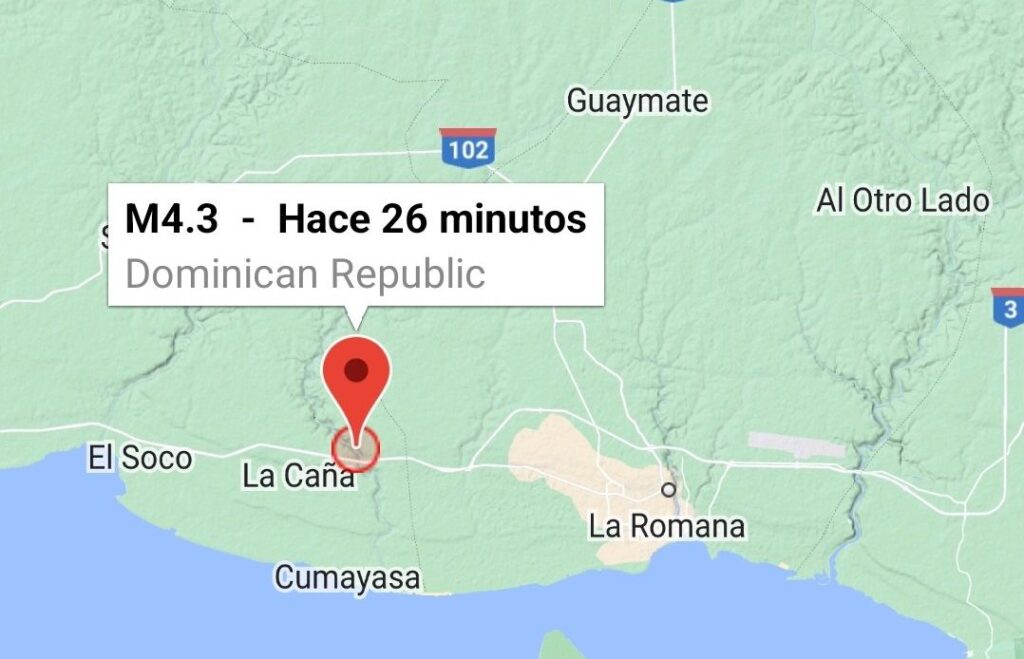 According to data from the Seismological Institute of the Autonomous University of Santo Domingo, an earthquake of magnitude 4.6 occurred this Wednesday at 12:44 p.m. in the eastern Dominican Republic.

The depth of the telluric movement was 113.2 kilometers, and the epicenter was 16.2 kilometers south-southwest of El Seibo. El Seibo, La Romana, San Pedro de Macoris, and La Altagracia were particularly affected by the movement.

Authorities have not reported any damage as a result of the 4.6-magnitude earthquake, which was felt even in the capital, according to social media reactions.