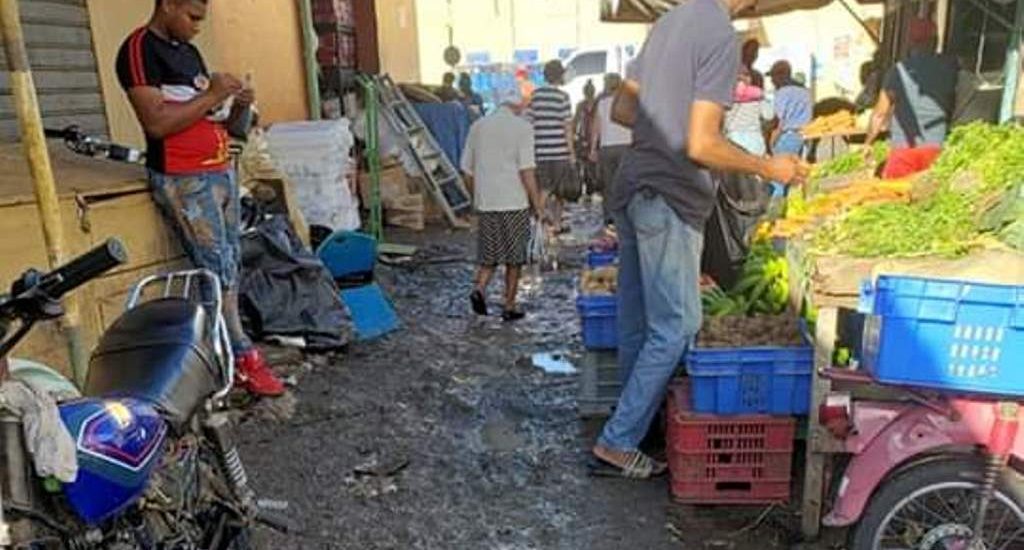 PUERTO PLATA The Municipal Market of jurisdiction has become a real pigsty due to the conditions of unhealthiness and lack of hygiene due to the inaction of the relevant authorities, which constitutes a tremendous shame.

Just from a simple visual standpoint, it is depressing to go to the market Puerto Plata, where chaos prevails in its surrounding streets, in addition to the quagmire that surrounds the stalls where the edible agricultural items lying on the ground are offered.

For almost two decades, merchants, vendors, and the population, in general, have been asking the local council to implement urgent measures to change the depressing aspect in which the main public square of Puerto Plata shopping works.

On more than five occasions, the Municipal Council of Puerto Plata has announced that it would begin a day of remodeling the public market, but nothing is done other than words being spoken since it is always shielded in the excuse that it supposedly does not have the financial resources for those cleanup facilities.

It is recalled that the complete remodeling of the Public Market or moving it to another place, was one of the promises made by the current Municipal Major Walter Musa Meyreles in 2006 when he was a candidate, in 14 years of management but he has done nothing about it.

Musa Meyreles who intends to be re-elected in office for a fourth consecutive period maintains that he does not have the resources to sanitize and organize the market and has even talked about the possibility of undertaking that work with the support of the Ministry of Tourism, which it is still not defined.

The conditions of the home market are so serious and dangerous, that the administrator of that locale, at the beginning of December asked the council for “the collaboration” of 14,027 pesos to buy the bulbs that are damaged within that environment and thus have greater nighttime security.

Different sectors of Puerto Plata are still vehemently demanding the conditioning and cleaning of the home market since it is currently nowhere near proper standards conducive to the relaunching experienced by this destination with a remarkable increase in the arrival of tourists.

“This market is a disaster because of the severe lack of hygienic conditions as the products are sold in the middle of the mud caused by sewage which leaves much to be desired of a tourist city,” said Rafael Peralta cab driver while buying groceries.

The Municipal Market of this city was built in the ’70s during the government of the late President Joaquin Balaguer period in which a project of infrastructure works that would mark the tourist development of the area began.

The architect Juan Alejandro Hernandez was in charge of the design and the civil works were executed by the company Dubeau & De los Santos, making the home market one of the representative icons of “The Bride of the Atlantic” as the town is known.

The roof of the market of Puerto Plata has a structure in the form of an eight-pointed star, whose facade appeared on postcards and tourist brochures once, so “people would always remember that this was a decent place.”