From "Interviews with Hugh Baver"

Making waves in his new home, life begins on the north coast 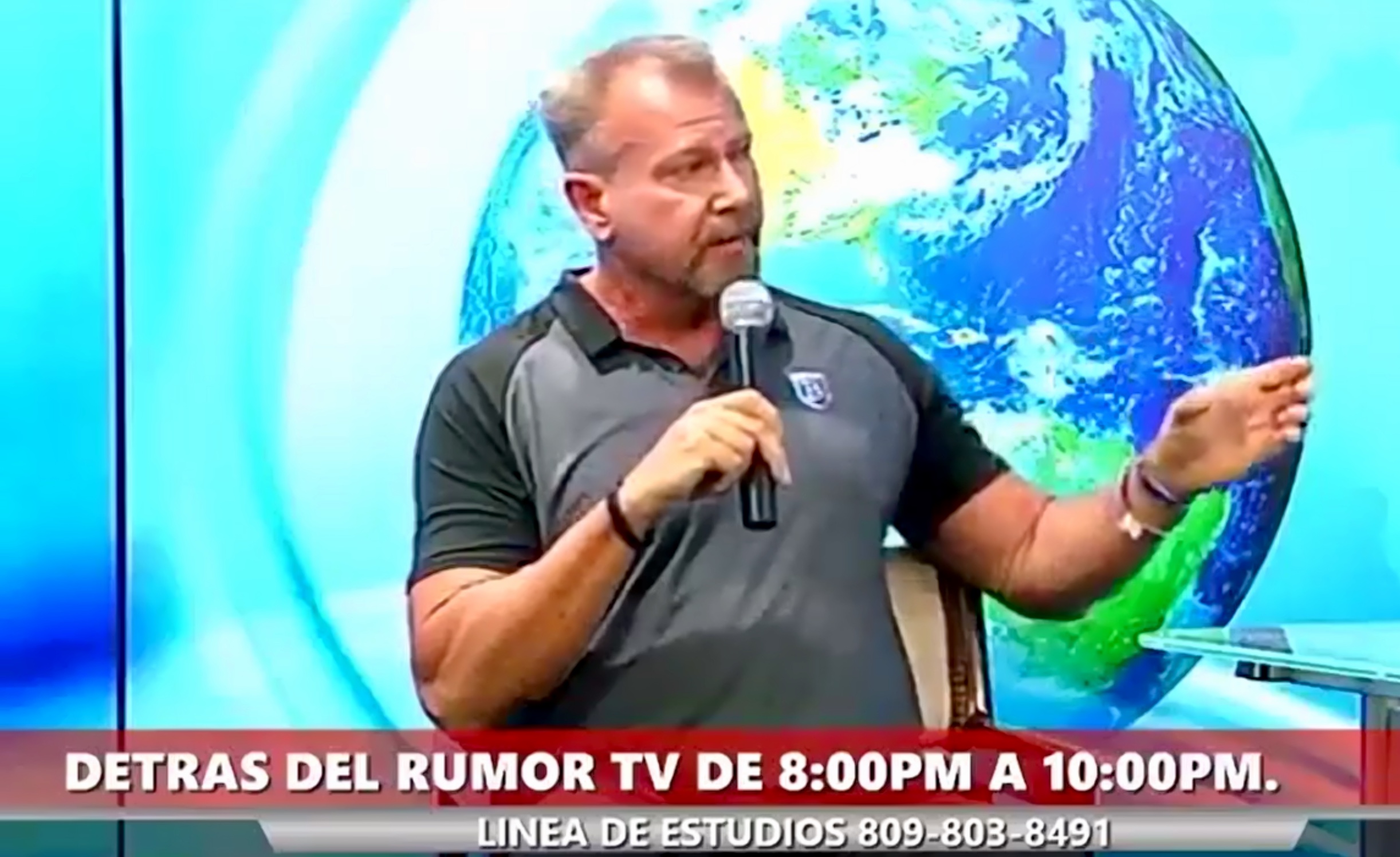 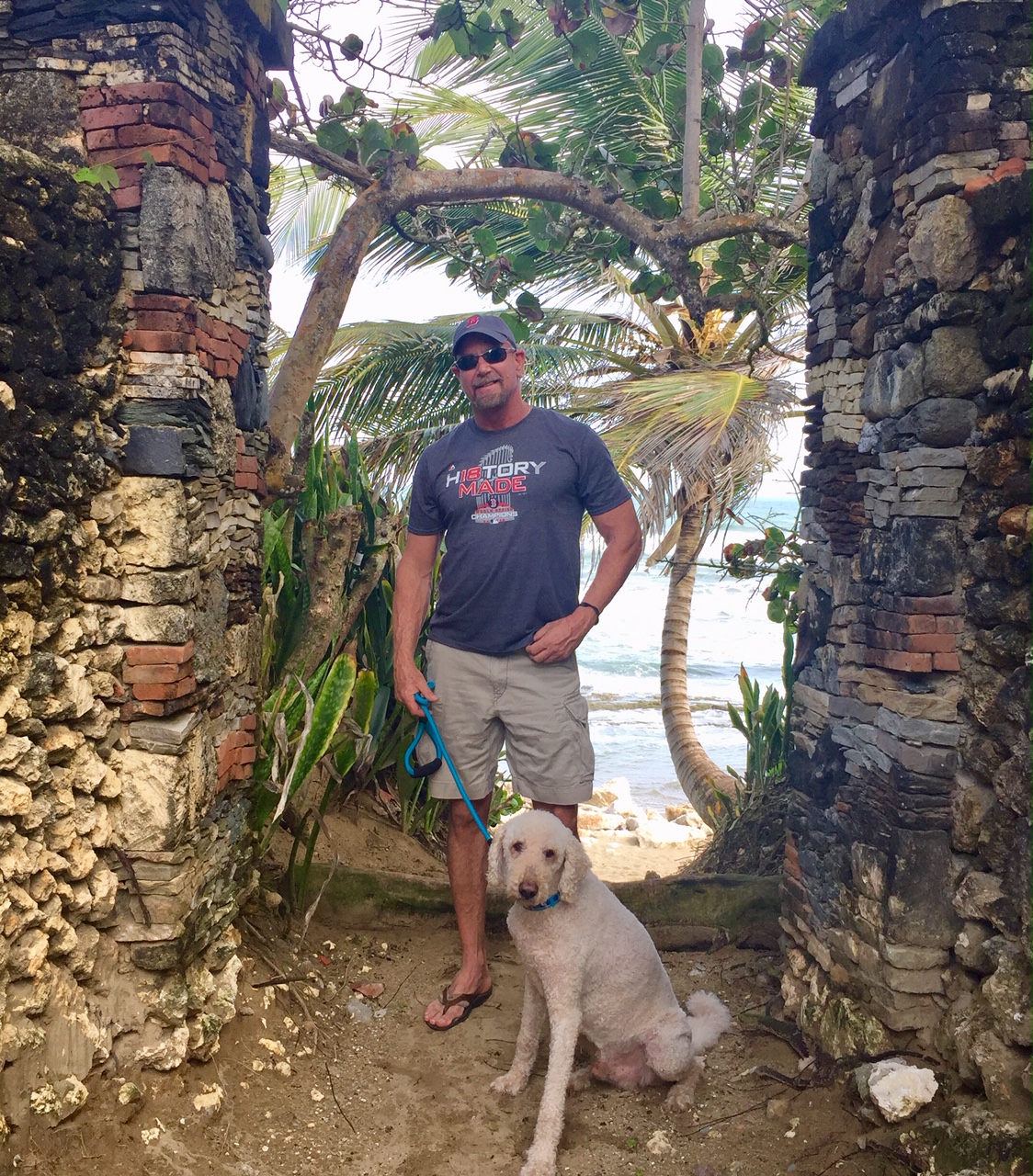 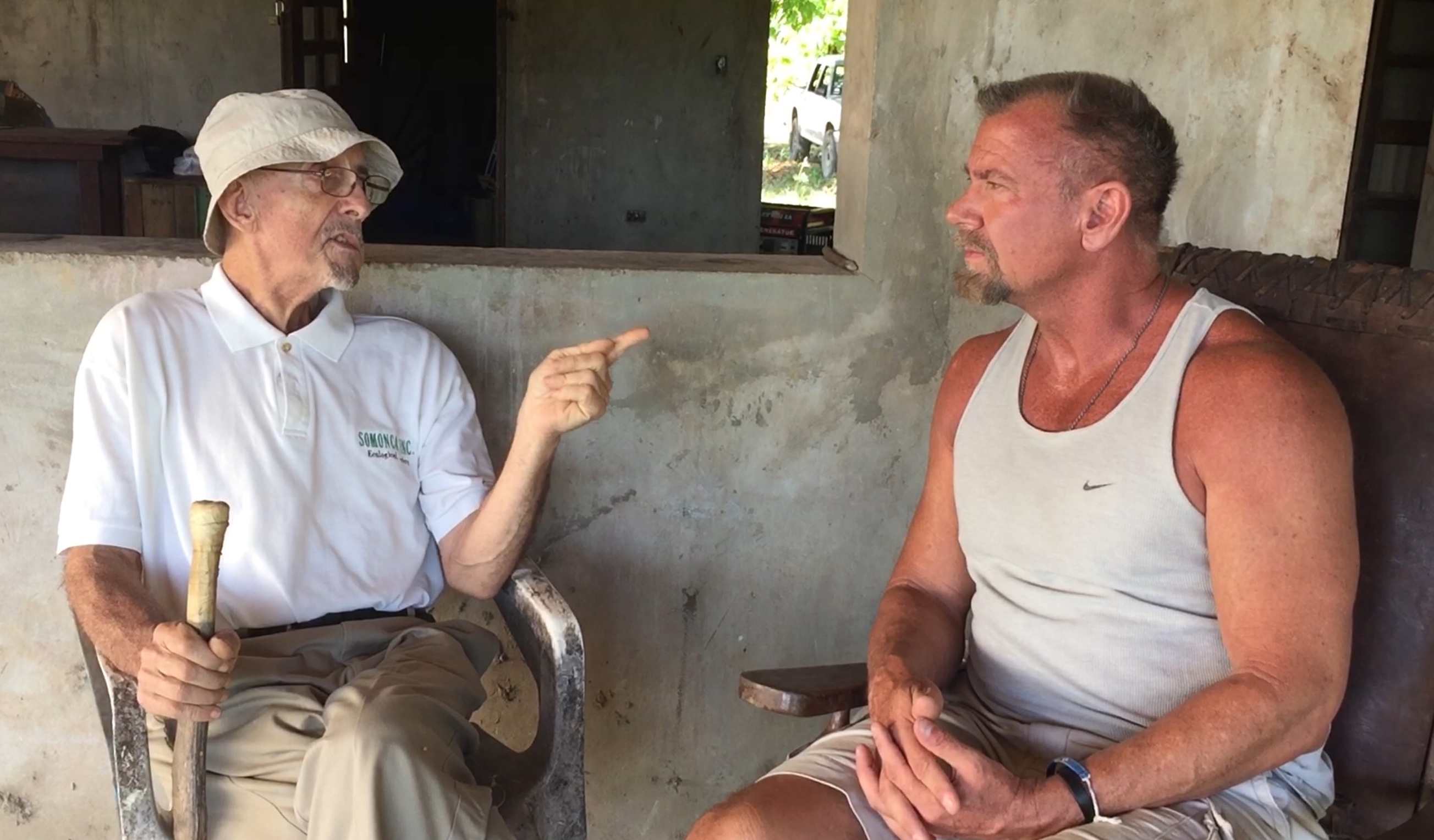 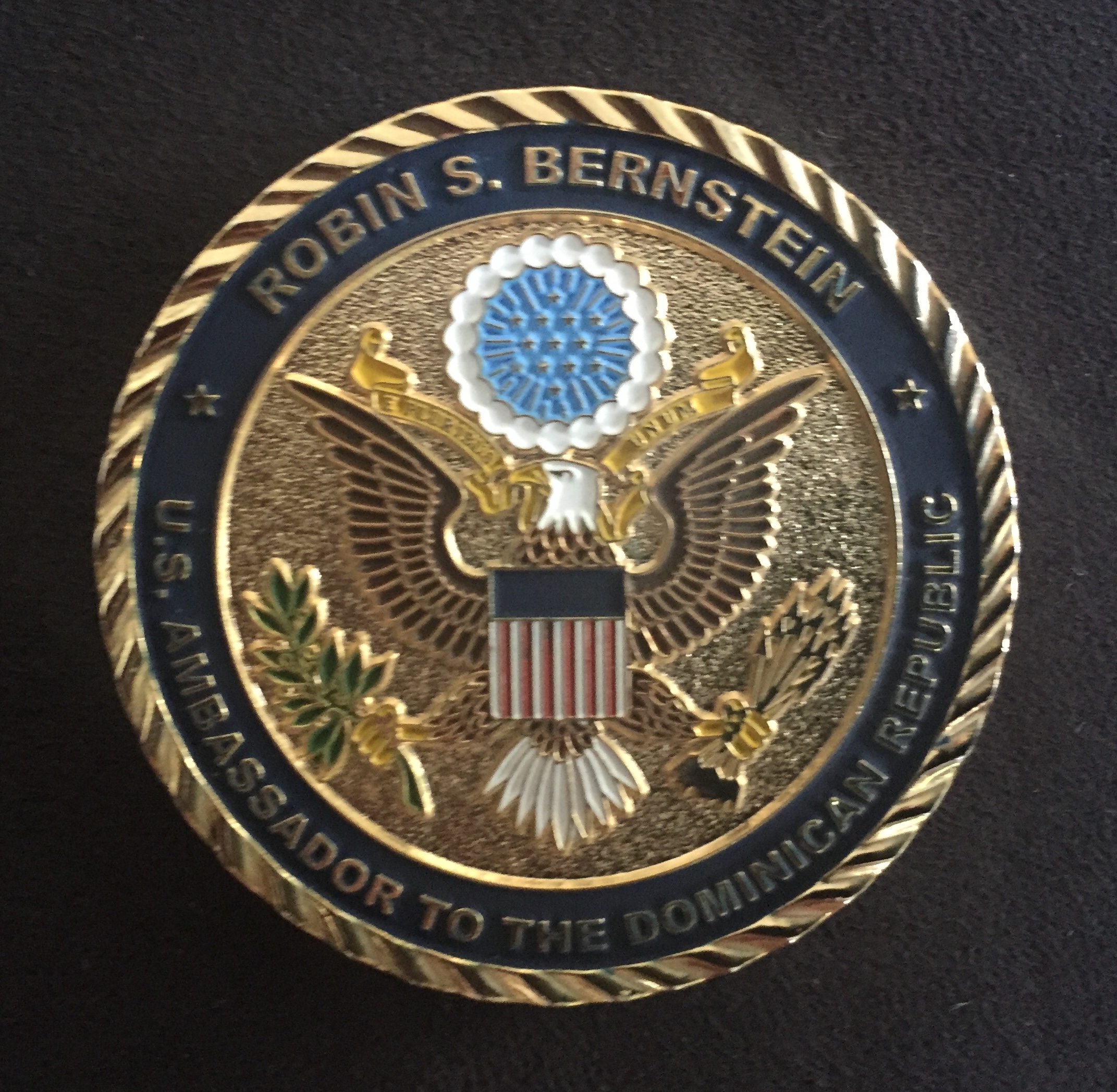 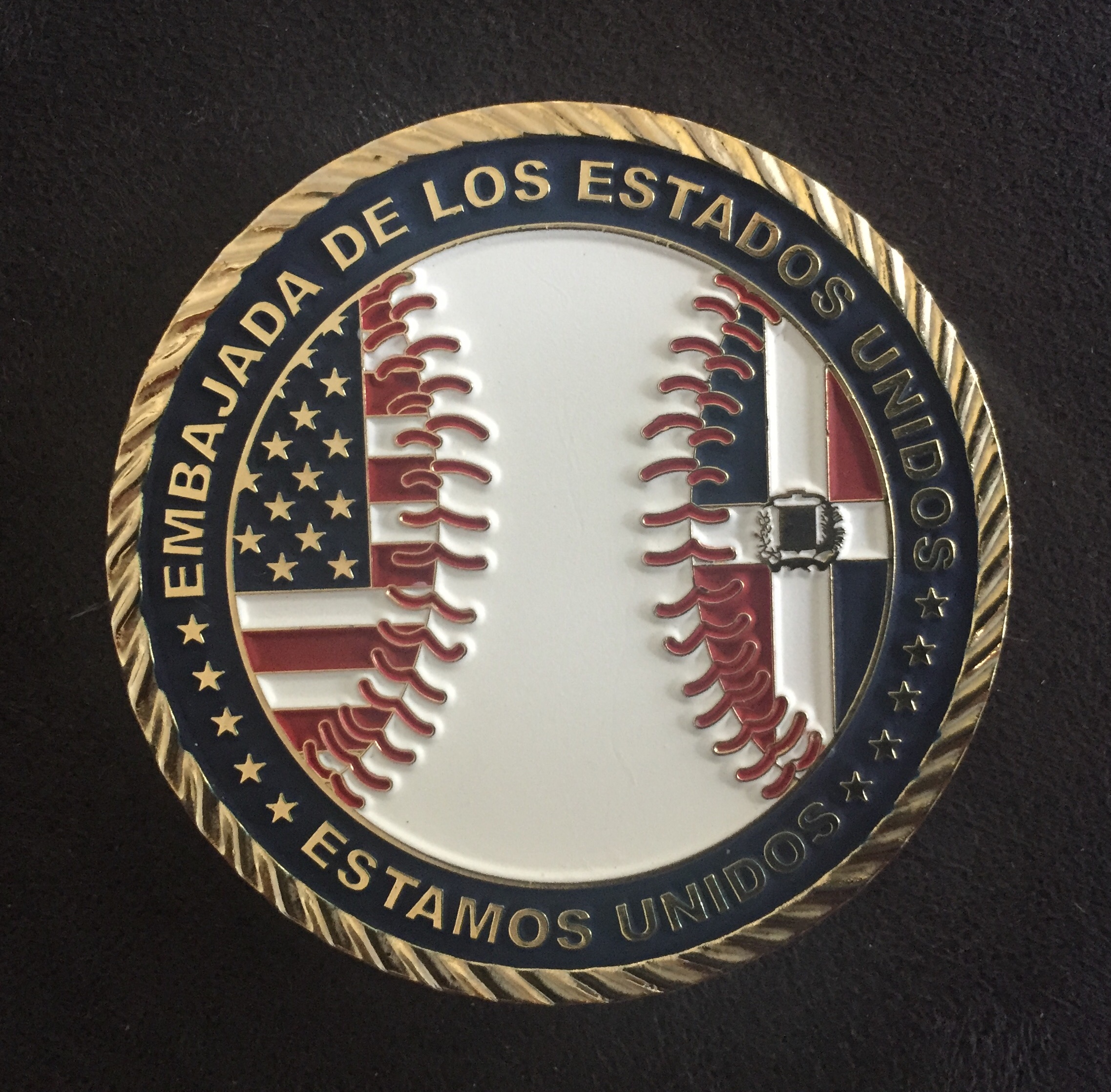 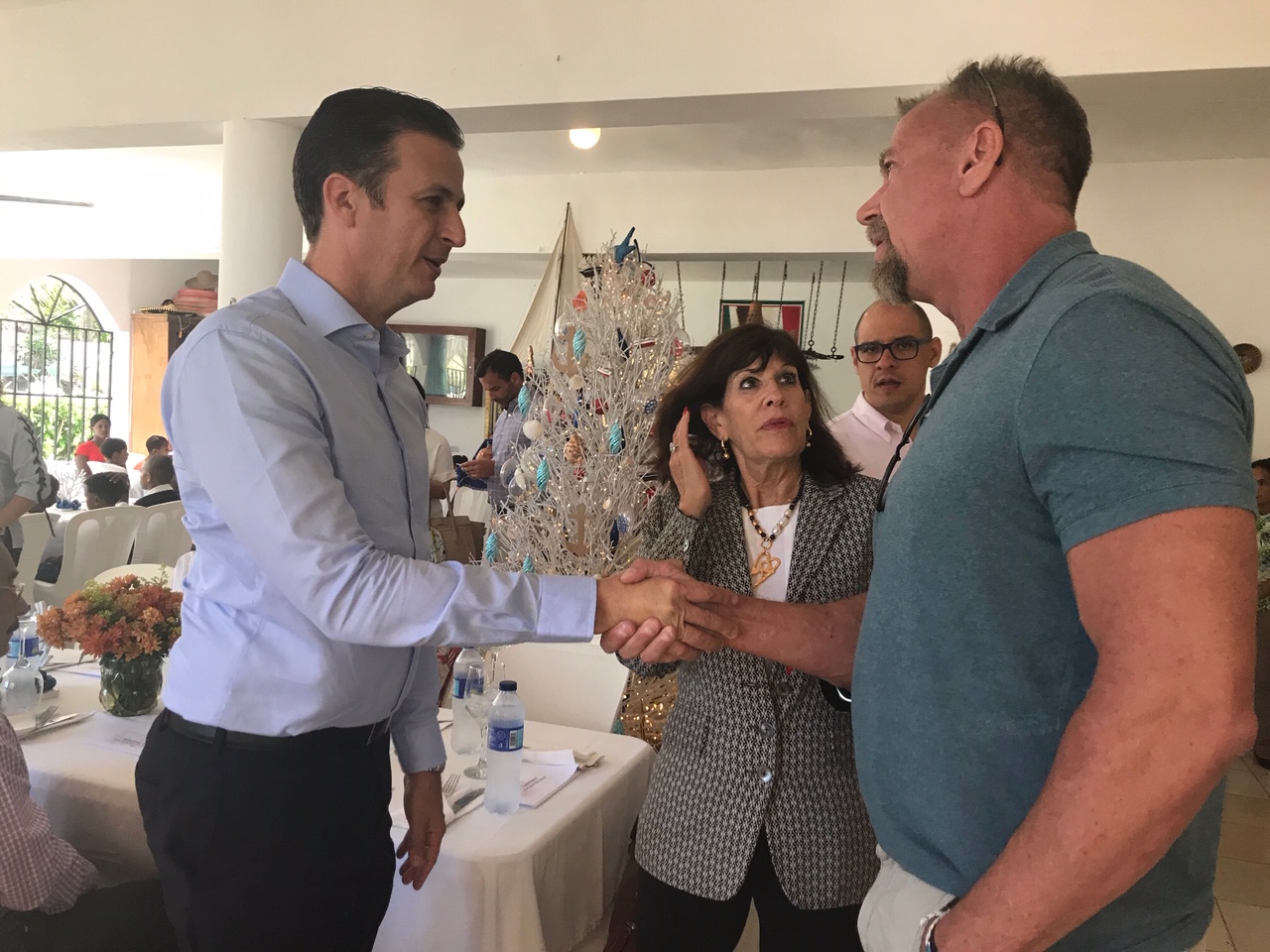 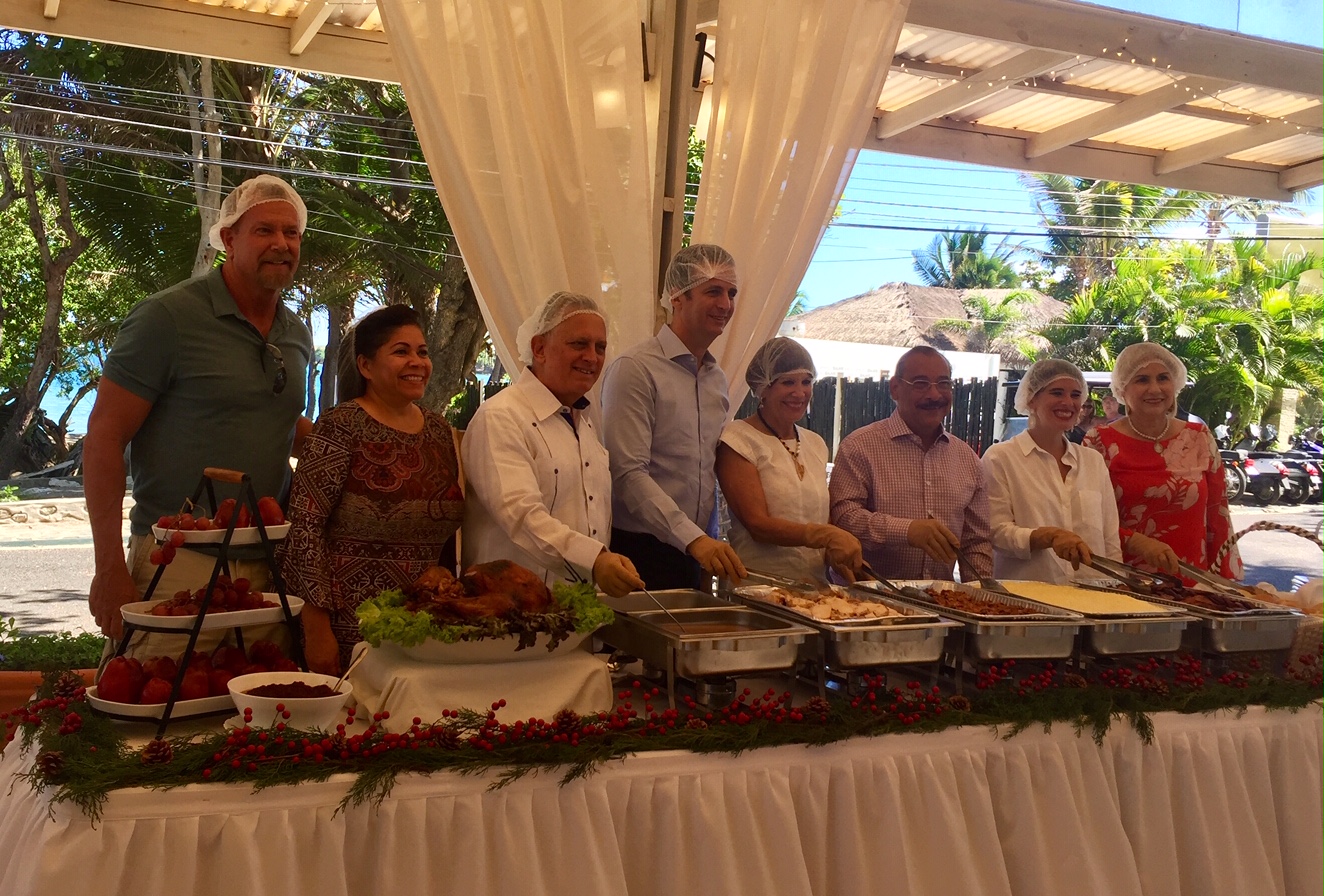 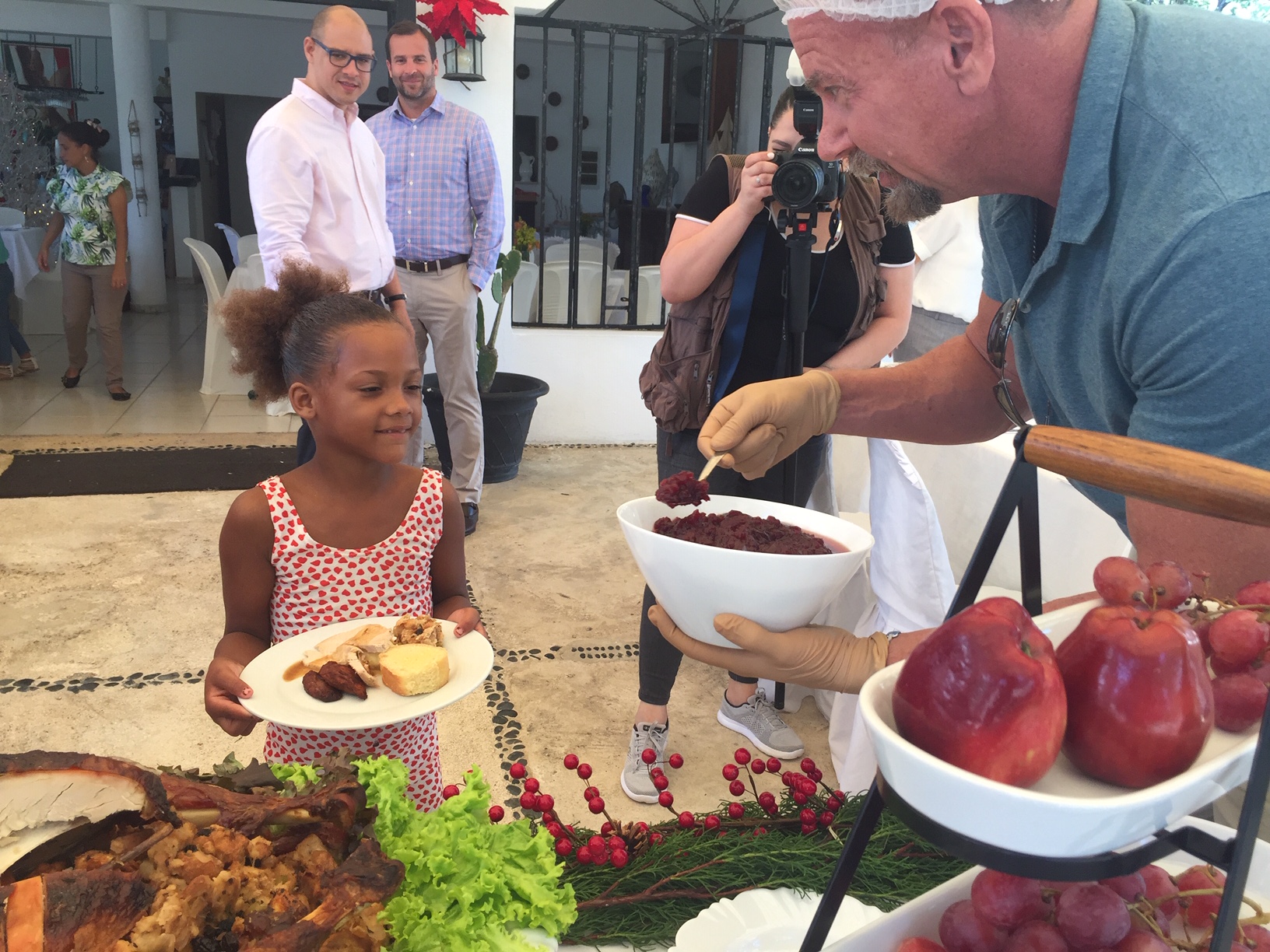 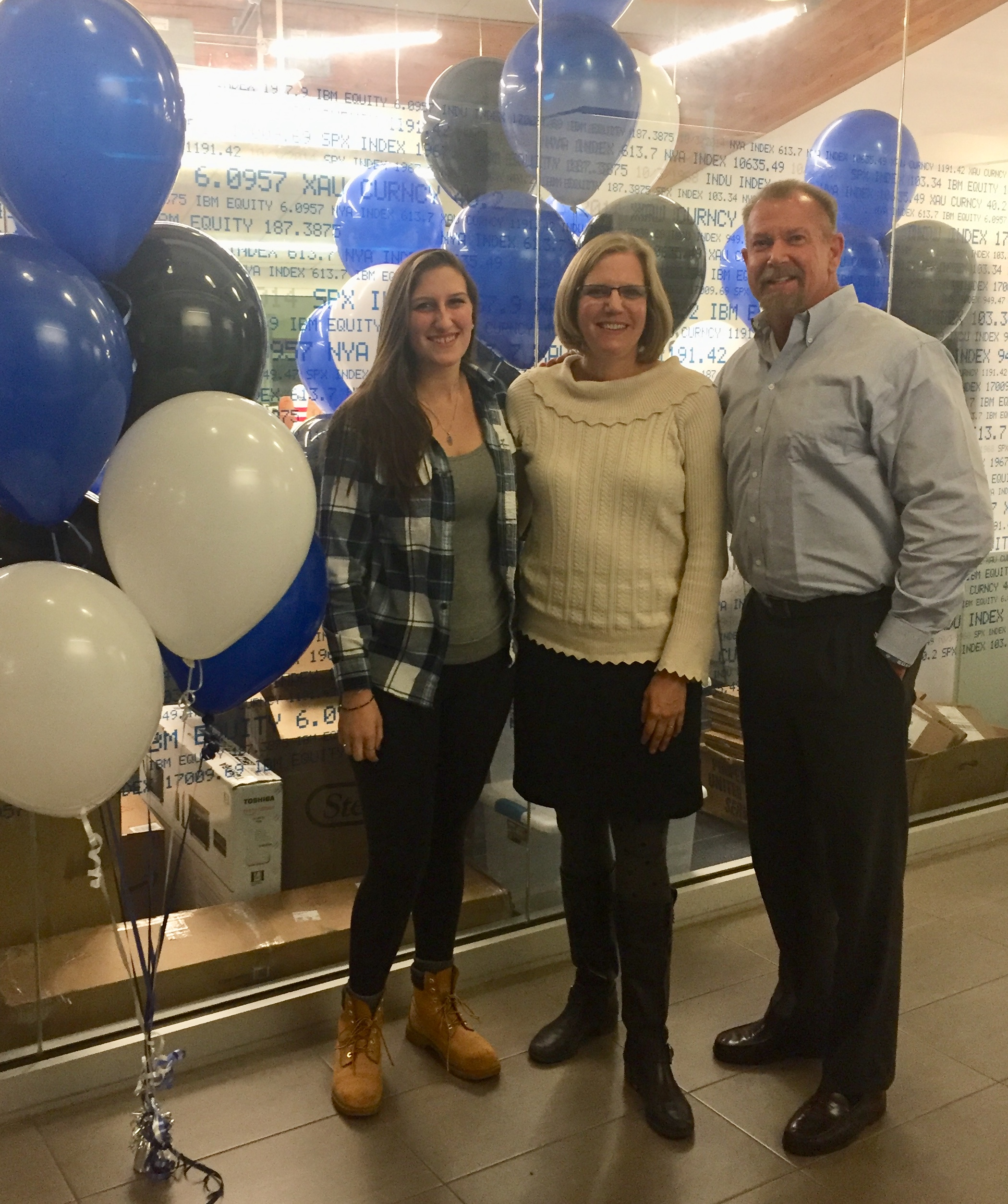 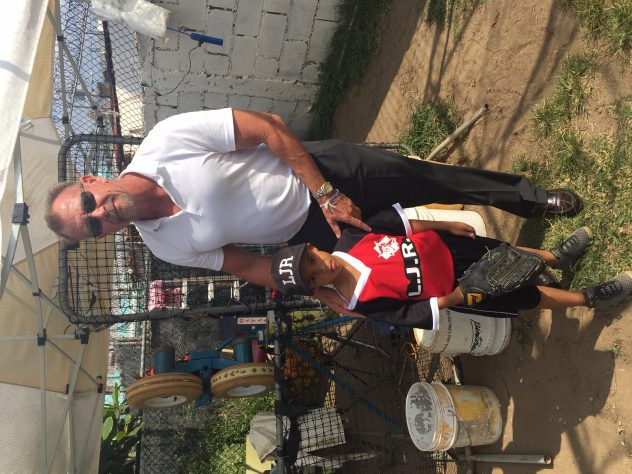 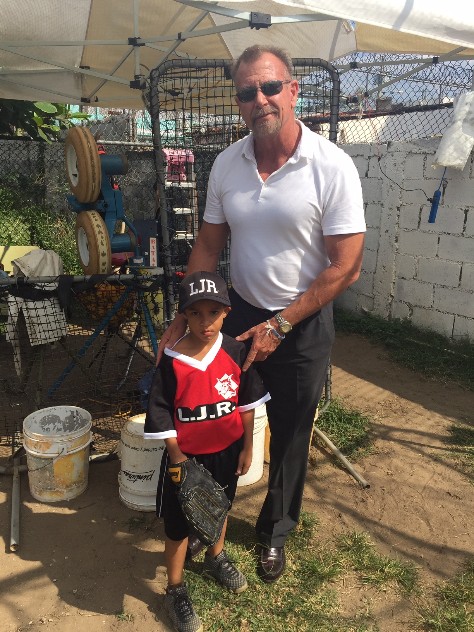 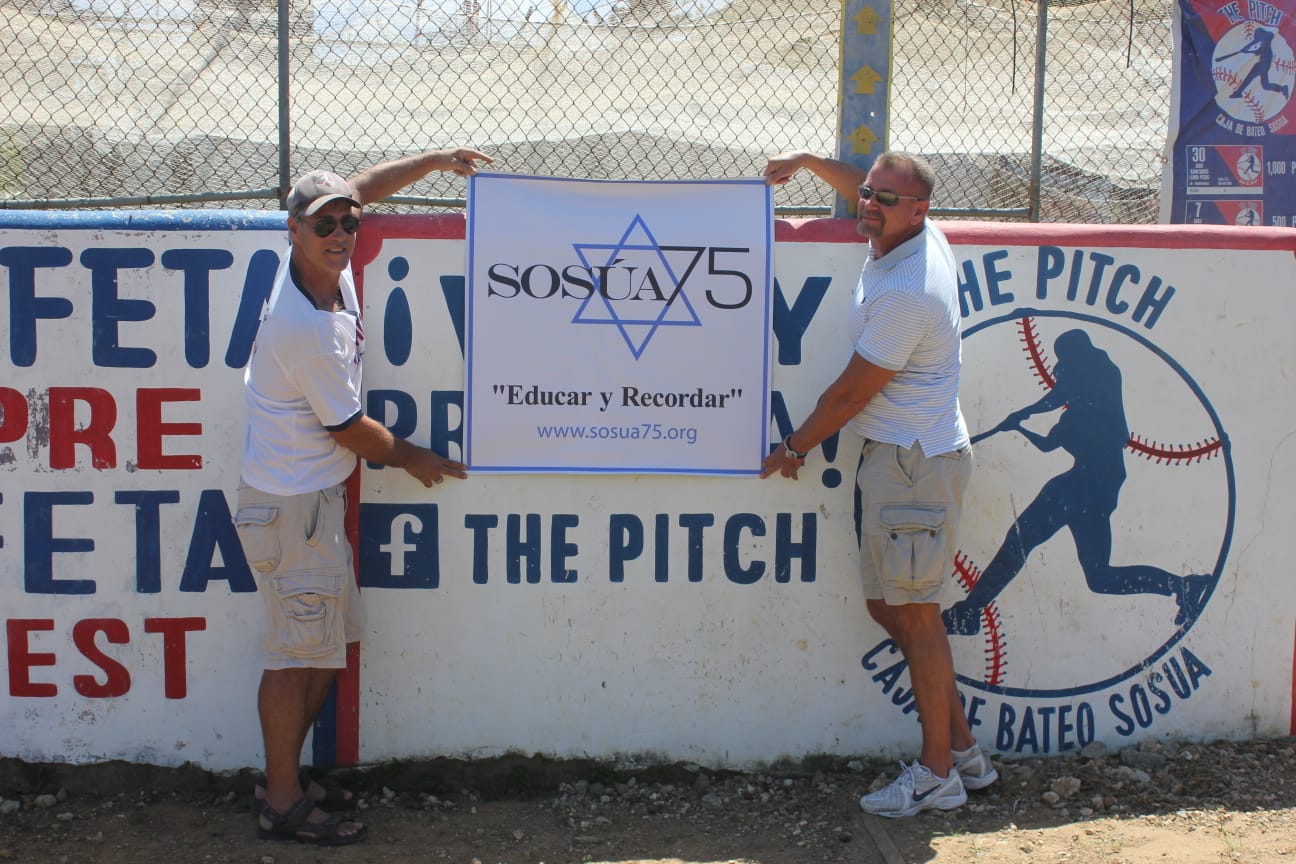 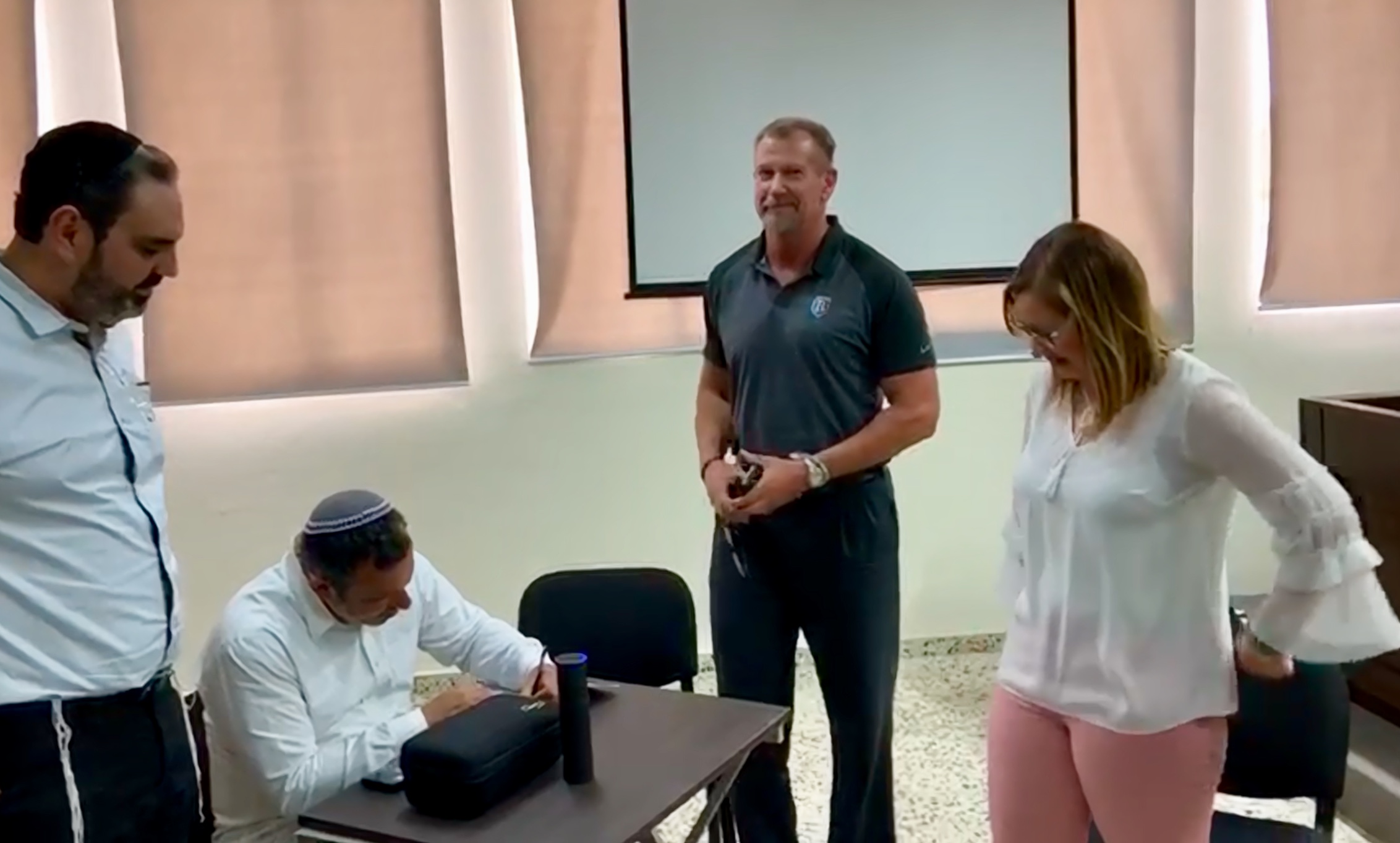 From “Interviews with Hugh Baver”

Returning where we last left off with our feature story, arriving at the decision to relocate to the Dominican North Coast was not an easy one for Hugh Baver. Considering all the pros and cons, he was torn between following through on his Dominican vision and missing the close proximity of his adult children, grandchildren, and friends in the Boston area.

With a spirit of optimism and adventure in his heart, the decision was reached to make a move. Having just returned back from the events in Geneva and Évian the week before, painstakingly, he and his wife packed up their earthly possessions and placed them into storage in New Hampshire. On November 14th, 2018, Baver, his wife, and their family dog departed Boston Logan airport for the Dominican Republic.

Utterly exhausted from the previous days of preparation, they arrived later that day at the Puerto Plata airport with 10 large suitcases, a large dog crate, and high hopes. 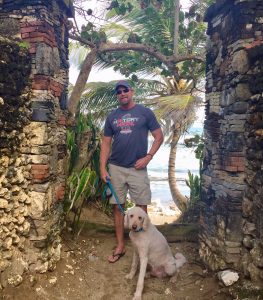 Settling into their new residence, December 2018 was an eventful first full month on the North Coast. Beginning with an extensive tour of a local organic farm, the couple was amazed to see and learn firsthand about the plentiful native plant & fruit species that grew in the fertile Dominican soil.

On that tour, Hugh was unexpectedly introduced to Garry Kooy, who had lived there for more than 50 years. An expert in sustainable organic farming Kooy was a long-time friend of the founding settlers of Sosua, including Arturo Kirchheimer and Herman Strauss. Affording Baver a 4 minute videotaped interview, his journey here was validated by Kooy’s supportive comments. 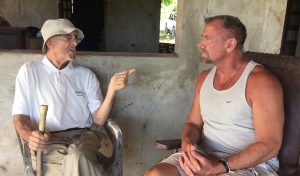 interview with Garry Kooy, most likely his last as he unfortunately passed last year

At the top of Baver‘s list of priorities was to personally meet with newly confirmed US Dominican Ambassador Robin Bernstein. As you may recall, Bernstein reached out to Baver after seeing one of his published Évian Conference articles in the St. Louis Jewish Light, which prompted the genesis of their relationship just before her final Senate Foreign Relations Committee confirmation hearing.

Baver was ecstatic that one of his articles reached the right person and at the right time. If there was anyone who could help gain Dominican and US government based advocacy and future support for Sosua75, Ambassador Robin Bernstein was undoubtedly one of them.

On December 10th, Baver traveled to the capital Santo Domingo to meet with her. Navigating through heavy security, he was warmly greeted by the Ambassador’s US Embassy staff and was ushered into her beautiful office. The very first topic of conversation they shared was about baseball.

Being a huge baseball fan herself, Bernstein presented him with an incredible surprise gift of a limited edition commemorative coin specially minted for Ambassador Bernstein and her new administration. The commemorative coin highlighted baseball’s strong cultural influence connecting the US and the Dominican Republic. 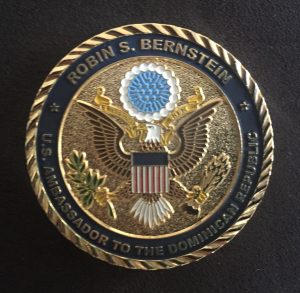 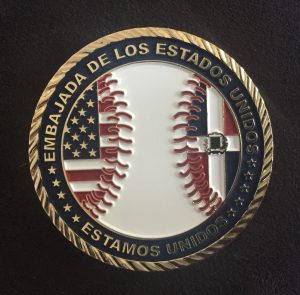 As there are no cameras or recording devices of any kind allowed inside the Embassy, this photo was snapped by Dominican US security personnel in the Embassy exit chamber. This was within 2 weeks of former President George Bush senior’s passing, where every US world Embassy had this photo of him. 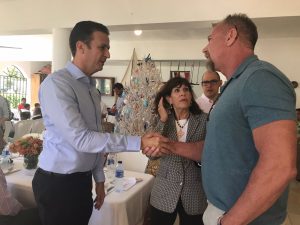 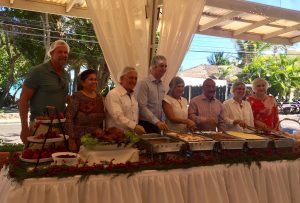 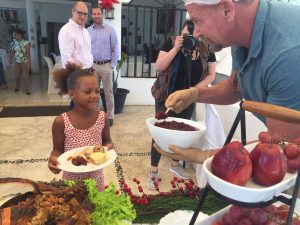 Despite the sad passing of the couple’s 14-year-old dog Dudley mid-month, Baver enjoyed a rare 2 week stretch of relaxing time at year’s end in his new home. Marveling at the New Year’s Eve party and fireworks celebration on Cabarete Beach 2018 certainly ended with a “BANG.”

With all eyes now turned towards the New Year, 2019 opened with an exciting sightseeing trip to Santiago. Visiting the Monumento a los Héroes de la Restauración, dedicated to the heroes of the Dominican Restoration War fought from 1863 to 1865, Baver learned a tremendous amount about the history of the country. Next, he drove to the nearby mountainous region of Jarabacoa, where he met with Francisco Collado, former Jarabacoa Mayor and Director of Immigration for the Dominican government. Following mid-afternoon coffee, in his home, Collado then invited Baver to attend a taping of his weekly TV news show “Analisis Del Momento.”

One of the key strategic initiatives of both Collado and Ambassador Robin Bernstein’s administrations is fighting child sex trafficking, where both have made significant strides towards addressing and implementing substantive action and change. Coincidentally, Baver also learned from Collado that Jarabacoa, with its colder temperate climate, was actually once a part of the original DORSA pact. In the 1940s, a small infirmary was set up and used as a place of rehabilitation for those new Sosua settlers suffering from Malaria or poor adaption to the oppressive Dominican heat.

Especially when contrasted to the cold, snow, and winter storms he had experienced during his years living in New England, Baver was beginning to fully appreciate the warmth of both the Dominican people and the temperate January climate here. Meeting many new friends and critical contacts, Baver started to establish a rhythm in his new residence. Compared to the hectic pace of life in Boston, appreciation was growing for the joys of a simpler life, including fresh chinola juice and coconut water delivery, and selecting fresh produce from the vegetable truck which parked nearby his door.

Requiring a mid-January trip back to Boston for strategic planning meetings related to last Fall’s “Évian III Student Educational Leadership Conference,” Baver luckily flew in and out of Boston between 2 New England snowstorms. During the brief 3 day visit, he was happy to reunite with his adult children: daughter Leah, son Jake, and his new grandson Harvey.

While in the Boston area, he made an unannounced visit to his new scholarly friends on the campus of Bentley University in Waltham, Massachusetts. Earlier in 2018, they had invited him to be a guest lecturer on the Dominican Republic in a “World Cultures” undergraduate class, which was then followed by a “Yom Hashoah” (Holocaust Remembrance) guest keynote speaker appearance held in the University’s Spiritual Life Center.

Based on the positive reaction from the Bentley students later in the Fall of 2018, Hugh was extended the opportunity for Sosua75 to be the co-topic, along with Dr. Reverend Robin Olson, of a semester-long Marketing for Nonprofits class at the University. 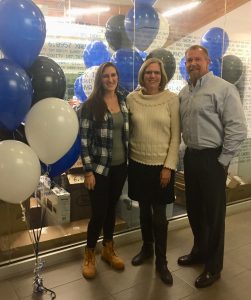 Returning back to the North Coast by February 1st, Baver visited the local Sosua municipal baseball field in the downtown area to check out the local baseball scene. Never straying far from his love of the sport, he was further captivated by the location of the Sosua municipal ball field, which was directly across the street from the Sosua Synagogue and adjacent MuseoJudio. In the field, he met the owner of “The Pitch,” Russ Wieser, who established a unique batting cage facility on the outer edge of the outfield.

Deeply touching his heart that day was being introduced to the late Oscar Taveras’s young orphaned son. Taveras, known as “the phenom,” was a rising MLB St. Louis Cardinals superstar who tragically died in a car wreck on the main highway here in town a few years ago. Baver was extremely troubled by the fact that Taveras’s young son needed to have his 1st baseball glove donated to him as he had not the means to acquire one on his own. 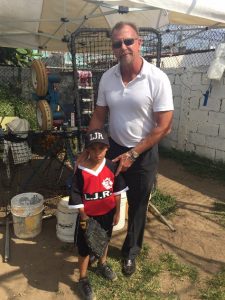 In addition to offering free swings to the young Sosua baseball players aged 8-18 years old, a substantial aspect of Wieser’s “The Pitch” Batting Cage program was distributing used baseball equipment sent from the US to underprivileged players here. Baver and Sosua75 immediately became a sponsor of “The Pitch,” including initiating an ongoing fundraising campaign on GlobalGiving. 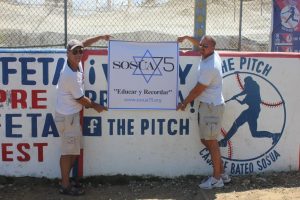 On the final day of February, Baver, his wife, and Sosua75 Board of Directors member Hernani Del Guidice witnessed an exhilarating Masters of the Ocean tournament at Playa Encuentro, hosted by Cabarete Kiteboarding visionary Marcus Bohm. The event providing further immersion in the many cultural sights and sounds of the local area.

Rolling into March, Baver began thinking of ways he could gain further exposure for his ambitious Sosua75 initiative and plans to convene the 3rd event in the Fall of 2019 at the Hotel Royal in France. Following a lead he was given by a local friend, Baver reached out to Fabio Garcia of Detras Del Rumor, a hard-hitting and provocative local Sosua popular TV show to see if he could arrange a live TV interview.

Garcia and the network agreed to air a live TV broadcast on March 10th. With the English to Spanish translation assistance of his now close friend and supporter, original Sosua settler René Kirchheimer, the interview lasted over 30 minutes. It included background photos of his work with the Boston Red Sox and the Dominican Red Sox Academy. 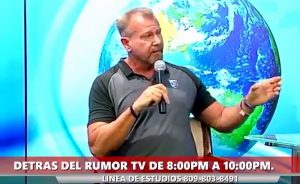 Considering 2014’s Sosua75 “cease and desist” letter of discontent sent to him by Sosua community Jewish leaders: being given the opportunity 5 years later to express his vision for the area was significant progress and a major milestone along his journey. Having it broadcast right from the heart of Sosua was an unexpected victory.

Attempting to further breakthrough to Mayor Neumann’s office and the community’s consciousness, on March 28th, Baver was invited to take part in a unique program and religious summit convened in the Mayor’s office. Orchestrated by Ahavat Ammi Ministries and its’ internationally famous leader Rabbi Itzhak Shapira, Baver, along with Dominican religious leaders and pastors from all regions of the country, enjoyed the opportunity to tour the community, visit the Jewish Cemetery, and interview Sosua’s Jewish Mayor. 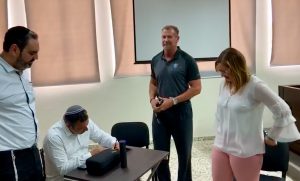 Baver and his wife hosted Rabbi Shapira in their Cabarete home during his stay, where Shapira arranged a ceremony to affix a Mezuzah to the office door of the Mayor at the Sosua municipal building. A “Mezuzah” is a piece of parchment contained in a decorative case and inscribed with specific Hebrew verses from the Torah. These verses consist of the Jewish prayer “Shema Yisrael,” beginning with the phrase: “Hear, O Israel, the Lord our God, the Lord is One.” In mainstream Judaism, a mezuzah is affixed to the doorpost of Jewish homes to fulfill the Biblical commandment to “write the words of God on the gates and doorposts of your house.”

That same afternoon following the Mayor’s office meeting, an attempt was made for the group to tour the grounds of the original Sosua synagogue and the adjacent MuseoJudio (Jewish Museum). To everyone’s surprise, proper arrangements had not been planned to accommodate the group’s tour. Waiting in the rain for quite some time, eventually, the gates to the Synagogue property were unlocked only to discover there was no electricity turned on in the museum or provisions made to do so. Using only the flashlight feature on their cellphones, the Rabbi and his entourage group managed a brief self-guided tour of the museum.

The group was shocked by the overall state of disrepair of both structures and the underutilization of the Sosua Synagogue for more frequent religious services, interfaith events, educational programs, and historic tours.

This sentiment drove Baver’s 2018 impetus to submit a proposal to UNESCO recognizing Sosua as a World Heritage Site. Reflecting upon the experience, the strong prevailing convictions of the group were that historic preservation efforts should be initiated and supported by the Dominican government and international organizations to designate the Sosua Synagogue property as an International Historic Landmark.

In the next installment of this series, Spring arrives, the March of Life Parade and other events in Santo Domingo including a visit to Pedro Martinez’s home town…

IN SANTO DOMINGO, PUERTO PLATA, SANTIAGO, AND CONSTANZA   The Association of Hotels and...

Santo Domingo .- The sun rises in Macorís. According to the Health Minister, in the...

The Executive Branch extended the curfew for another 15 days from five in the...

SANTO DOMINGO, April 2, 2020 – Following a request from the Government of the...

The Ministry of Education (MINERD) reported that the National Institute of Student Welfare (INABIE),...

Nearly half a million workers were suspended in 15 days