The Caribbean has lost a friend 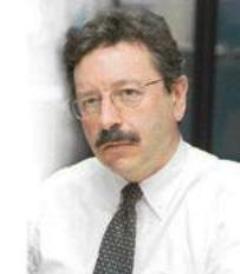 For just under forty years Caribbean Central American Action (CCAA) has worked in Washington with the region to promote private sector led growth, successfully finding ways to help Caribbean governments and business leaders engage with and influence the thinking of US administrations.

Now according to an announcement made on October 5, its Board has confirmed an earlier decision of its Trustees that the organisation, a not for profit, is no longer sustainable.

CCAA’s closure comes at a time when corporate funding from both the US and the Caribbean Basin has been increasingly hard to generate, in part its leadership believes because for the last decade there has been a mistaken sense “that the job has been done”.  It also reflects the fact that many of the heaviest corporate hitters in the region and the US have for a variety of reasons altered their strategies and priorities, realigning with organisations more closely targeted to their specific needs.

The decision indicates too how the region and the world beyond has changed since the influential body was first established. The business community now largely think differently, Caribbean and Central American governments are busy ensuring their international relationships are multilateral, the region’s economies are diversifying into higher value services bringing greater citizen benefit, and Venezuela apart, an unpredictable Washington seems no longer able to have a coherent political and economic response.

The hemisphere is to a significant extent at a very different place from when CCAA was first conceived. Then the cold war was at its height and the body enabled the private sector in the region, with support from their counterparts in the US and beyond, to make clear that if the Caribbean and Central America did not experience economic development, antipathetic political solutions would become commonplace.

Speaking about the organisation’s achievements, Peter Johnson, CCAA’s well known and widely respected first Executive Director, argues that the real question is whether the organisation managed to fulfill the demands of its founders 40 years ago.

He says that as one of that group, he together with many of the most important business leaders in the Caribbean Basin and the United States, saw a certain political incoherence in the region, as parts of it were clearly moving away from integration and saw a diminishing value in strong relations with the United States. President Carter, he says, shared this concern in 1979, as did President Reagan when he was elected the following year.

The challenge at that time, he observes, was for the private sector to help the political leadership across the region appreciate the benefits of better economic and political relations with the United States.  It was about finding new ways to benefit from working together to advocate policy solutions that would increase investment and employment.

“This was not just policy rhetoric, but became a combination of measures, importantly advocated before the US bureaucracy and the US Congress, that together, many believe made important changes in attitudes and politics in the region”, he says.

What set CCAA apart from other organisations in Washington at that time was is that it brought heavyweight private sector leaders from the region such as its founders Sidney Knox, John Goddard Tommy Gatcliffe, Phillip Nassief, Andre Apaid, and Carlton Alexander to Washington and Miami. They together with the leadership of major US corporations and key members of Congress made jointly the case for how practically the US could help spur economic growth to resolve the problems facing the region.

This led most notably under President Reagan to the legislating of the Caribbean Economic Recovery Act (CBERA) by the US Congress and then in more recent years, targeted initiatives on issues from Haiti, to renewable energy and the unfinished business of addressing the problems associated with the de-risking of financial services.

For many, CCAA will be remembered for the Miami Conference on the Caribbean which at its peak was attended by the heads of government from virtually every country in the region and thousands of participants. So important a forum did it become that large, often minister-led delegations attended from the UK, Canada, the EU and Japan to emphasise to their own governments and Washington the need for complimentary action.

What if anything will emerge to replace CCAA is far from clear. The relatively few think tanks and other bodies in Washington that retain an interest in the Caribbean and Central America tend to be country focussed and driven by the current hot topics in US policy: an approach which today seems to require a Venezuela-centric interpretation of the actions of countries in the region.

While many believe a new body will be needed, the sense is that this will require regional will, have to be funded by the private sector in the region and the US, and most likely would now have to be led by a committed diaspora.

Peter Johnson notes that while he sees little likelihood of leadership on the region coming from the today’s US administration, the US Congressional Caucus on the Caribbean, which CCAA helped found, continues and has a strong diaspora presence.  He suggests this may be the best place to start any new initiative, but stresses the impulse must come from the Caribbean and Central America.

“Maybe the body could be replicated by today’s generation of leaders, but it will take vision and courage. We should not delude ourselves, the Caribbean will always need dedicated and conscientious support from the private sector”, he says.

Speaking about the decision to close, Sally Yearwood, CCAA’s present Executive Director said that the organisation’s mission remains, arguably, as relevant as it has ever been.  “CCAA’s time may have come to an end” she said, “but our hope is that the advocacy CCAA has led over the past few years will be taken up by other entities and given the critical support that ensures the nuanced economic and political challenges the region faces are understood”.

While it might be argued that CCAA could not be expected to last forever as the needs of the 1970’s were pressing, complex and required high energy responses, the timing of its demise is at the very least inopportune.

It comes at just the moment when the Caribbean needs to balance its rapidly developing relations with China, Russia and others through strong well-supported non-governmental voices in Washington and Europe who share the region’s long-term values.