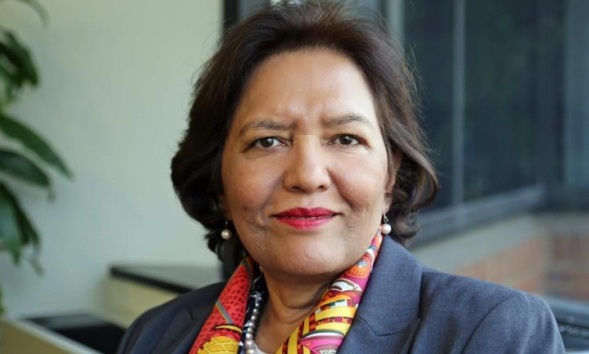 by Tahseen Sayed, World Bank Director for the Caribbean

With its natural beauty, blue seas, and white sands, the Caribbean has long been a prized destination for visitors.  The region’s location and geography – a source of tourist revenue – are also a source of high vulnerability. The Caribbean is situated in the path of powerful hurricanes, which are increasing in frequency and intensity as observed over the past few years, making disasters more than just a one-off event. The small territories and populations of Caribbean small island states constrain economic diversification, increase economic dependence on trading partners, and mean that a single shock can affect almost the entire country all at once. A disaster can cause damages and losses of over 200% of GDP in mere hours, as Dominica experienced in 2017.

In the most recent funding cycle of IDA, which takes place every three years, financing available for these countries increased more than fourfold. The increase in concessional finance has helped to ramp up support for building the Caribbean’s cross-cutting resilience. This entails taking a 360-degree approach, going beyond immediate disaster recovery response, providing ex ante support, and addressing vulnerabilities at the fiscal, financial, infrastructure, human, and environmental levels.

It has also allowed the World Bank to accompany the region on many innovative programs, such as: a project to prepare for public health emergencies at the regional level, a framework to support the Blue Economy, progress on reducing marine pollution through bans on plastic bags and Styrofoam food containers, a regional program to develop the digital economy, and a broad-based fiscal resilience program. It has also further advanced financing for building back better, and for reducing disaster vulnerability of public infrastructure.

Increased financing brought significant support after natural disasters. After Hurricane Maria in 2017, the World Bank provided over US$100 million, of which US$50 million are grants – to help Dominica restore livelihoods, rebuild housing, build resilient roads and apply resilient agriculture practices.

Going beyond disaster response, the first aspect of building cross-cutting resilience is fiscal and financial. Countries need the resources to respond to disasters and invest in resilient infrastructure. The World Bank has been working closely with Grenada, Saint Lucia, and Saint Vincent and the Grenadines to develop fiscal responsibility rules and build fiscal buffers. This includes setting up contingency funds and improving domestic resource mobilization by strengthening tax collection and customs administration. The World Bank is preparing a contingent line of credit using IDA financing for the first time in the Caribbean as a rapid response and defense against disasters. A US$20 million contingent line of credit each for Grenada and Saint Vincent and the Grenadines is under preparation.

Secondly, IDA has invested in environmental resilience and natural resource management. The World Bank supported Grenada and Saint Vincent and the Grenadines to sustainably manage ocean resources and develop the blue economy, such as through policies to ban single use plastic bags and Styrofoam containers. Support also includes the Caribbean’s first World Bank-financed geothermal plant in Dominica. Over US$17 million in IDA funds, which helped mobilize over US$20 million in grant resources from other partners, will increase Dominica’s renewable energy and serve as an example of the huge geothermal potential for the region.

A third priority area for the Caribbean is building human capital, to maintain the dynamism and resilience of its population. Saint Lucia is establishing an essential public health benefits package and strengthening primary care with $20 million of IDA financing.  Social assistance, education, and skills development initiatives are also being supported. A first ever $30 million regional health project is under implementation to improve the ability of public health systems to respond to health emergencies and increase resilience of health infrastructure.

Finally, IDA funds are helping Caribbean countries look toward future opportunities by improving digital and physical connectivity. Building on the Caribbean Regional Communications Infrastructure Program, which finances underwater sea cables, the World Bank is working with the region on a program to develop the digital economy. Support to physical connectivity focuses on air transport safety and the resilience of airports to natural disasters in Dominica, Grenada, and Saint Lucia, which also supports the tourism economy. Both these initiatives are expected to receive over US$100 million additional IDA financing.

By recognizing the special needs and vulnerabilities of these small island economies, IDA concessional financing is helping translate the Caribbean commitment to climate resilience into action. With its well-educated workforce of men and women, and a large share of youth, the region aspires to lead the way for developing a resilient, better connected, and more diversified economy. The World Bank is proud to be a partner, contributing to results and to the accomplishment of this goal