Brexit – the Caribbean must seize the moment 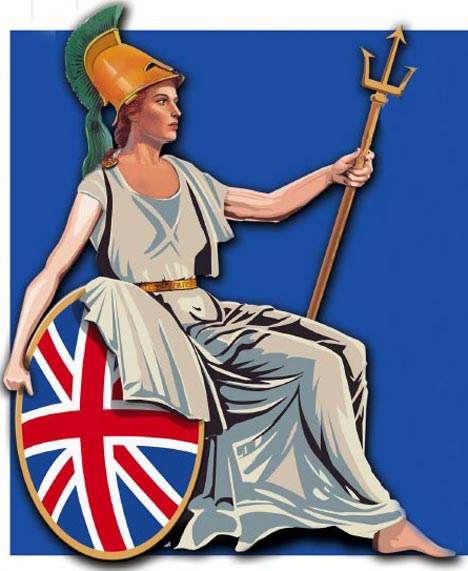 Last month Britain held an Africa investment summit. It was live streamed and hosted by the country’s Prime Minister, Boris Johnson. In the words of the UK government, it was aimed at ‘strengthening its economic partnerships with African nations, as part of a Government drive to ensure the continent’s growing demand for investment is met by the UK’s expertise and innovation’.

The intention was to demonstrate that having all but left the European Union (EU), Britain post-Brexit is looking to find new ways to engage.

Thankfully, the event was low on imperial nostalgia, something still worryingly prevalent within parts of Britain’s ruling Conservative Party. Although lacking the weight and vison of similar summits held previously by the EU, China, Russia, and others, it indicated in its own way that Britain is hoping to find a new global role.

The conference saw commitments made to African development and offered the continent’s political and business leaders the opportunity to indicate what they require from the future relationship.

Investment apart, the focus was on issues that are as relevant to the Caribbean as to Africa. These include greater services access, a more helpful regulatory regime for imports into Britain, changes to visa and migration rules, and the need to address impediments to remittances from the African diaspora in the UK. That said, some participants were critical of the UK’s failure to commit more financially in ways that match the importance the UK’s professes to place on a closer relationship with African nations, or to indicate more clearly a strategic approach.

This April the Caribbean too will have the opportunity to discuss how a post-Brexit Britain outside of the EU intends to relate to the countries of CARIFORUM and Britain’s five overseas territories in the region. Then, Caribbean ministers and officials and their UK counterparts will discuss various aspects of the relationship, and one hopes to agree how the UK might in the decade ahead transform its ties with the region.

For this to happen and if the event is to be more than just a repeat of sometimes lacklustre past encounters, it will require both sides to identify new themes that might broaden the relationship. That is, to use the event to develop ideas that extend beyond governments, in ways that have longevity and depth by embracing a wider network of linkages involving business, the diaspora, non-governmental organisations and academia.

If the region is to benefit from the UK’s determination to reassess its role in the world, the Caribbean ought to be upping its ambition.

As far as I can tell and I am happy to be corrected, no Caribbean voice is suggesting publicly that now is the moment to reposition and repurpose the region’s relationship with a post-Brexit UK in ways that meet the region’s longer-term requirements.

Up to now almost all that the Caribbean has focussed on has been maintaining its tariff and quota free trade access at a level equivalent to that contained in the EU-CARIFORUM Economic Partnership Agreement (EPA): something it achieved in the spring of 2019.

While this was important, a broader more thoughtful approach is required if the region hopes to encourage the UK to support its future development and make more efficient the model it bequeathed the region, in some cases more than half a century ago.

If the UK genuinely wishes to establish a lasting and distinctive post Brexit role in the region, the April forum offers the opportunity to explore a new framework for co-operation that goes beyond trade, security, crime, the environment, the Windrush scandal and all the other issues normally discussed.

There are many new ways of fostering engagement.

There are highly successful figures in the Caribbean Diaspora in the UK who want to find ways to relate to the region and give something back.

There are role models in the UK who might mentor the many women in the region who still find it difficult to break through the glass ceiling.

Younger generations in the region are more outspoken about international relationships than governments. This requires a forum for thoughtful engagement.

There is a subtle discussion to be had about Britain’s future role in the region and why shared values still matter.

Most employers and companies want the transfer of skills and technology to enable them and the region to better compete.

UK institutions and associations could be encouraged to develop sustainable programmes of their own with Caribbean partners, centred on global best practice in public administration, local government, unionism, and sectoral association viability.

In the distant past the UK sponsored leading academics, unionists, officials, sportspersons and others to visit, often with private sector support, to participate in lecture tours, hold seminars, and encourage debate that helped tomorrows leaders look over the horizon. This is worth exploring again.

There are also political issues that one hopes the 2020 Forum will better define.

The UK would benefit from being seen to publicly embrace every nation in CARIFORUM irrespective of their thinking on Venezuela, making clear that in future what London offers will be different from the approach taken by the US, China and other nations now seeking a greater role in the region.

Hopefully the encounter might also indicate how the UK intends in future delivering development assistance in the Caribbean, by explaining if any part of what the UK previously contributed to the European Development Fund (EDF) will be redirected bilaterally to the Caribbean, despite the region having been graduated out of development support.

Another area of interest will be the extent to which Britain’s sometimes complex and difficult bilateral relationship with its overseas territories, represent a long-term route to a lasting future role in the region.

Caribbean politicians are often reticent about what they think of or want from the UK. This is not true of the region’s non-state bodies and associations, leading figures in business, the young, non-governmental organisations and academic-led think tanks.

Brexit offers a unique post-colonial opportunity for them to seize the moment; to suggest through the media and in other ways, how the relationship with Britain might be redesigned to make it relevant to their lives in the twenty first century.

David Jessop is a consultant to the Caribbean Council and can be contacted at
[email protected]
Previous columns can be found at https://www.caribbean-council.org/research-analysis/
February 7th, 2020