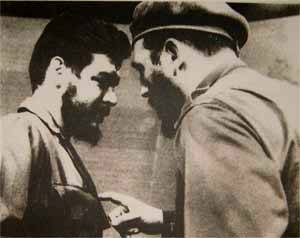 Two weeks ago, Caribbean Heads of Government passed a resolution critical of US policy towards Cuba.

Under normal circumstances this would not be worthy of comment as the region is known for its long-standing support for its close neighbour. However, times have changed.

CARICOM’s statement responded to the continued tightening of the US embargo and Washington’s policy of encouraging governments around the world to abandon Cuban medical programmes on the basis that they amount to a form of human trafficking.

Caribbean Heads agreed language criticisng the intensification by the Trump administration of its economic measures against Cuba. They noted their concern about the enhanced sanctions the US Government has introduced under Title III of the Helms-Burton Act and denounced ‘as unjustifiable the application of laws and measures of an extra-territorial nature that are contrary to international law’.

They also ‘expressed their deep appreciation for the medical assistance provided by Cuba to the Member States of the Community over the years’ which they said had ‘helped build their health sectors to the benefit and wellbeing of their people’.

Then, in a direct riposte to US claims that Cuba’s international health care programmes amounted to human trafficking, CARICOM’s political leadership observed that ‘from their own first-hand knowledge the persons sent had added tremendous value to helping their citizens’ and repudiated ‘the statement that this medical assistance given by the Cubans was a form of human trafficking’.

The resolution was of importance as it indicated that in common with many other nations, the Anglophone Caribbean will continue to draw a line between Trump Administration’s thinking on Cuba and its own. It also suggested that while the leadership of the Anglophone Caribbean may be in disarray over how to respond to US pressure relating to the catastrophic situation in Venezuela, it is at one when it comes to Cuba.

The statement came shortly after a meeting in Kingston to which the US Secretary of State, Mike Pompeo, had invited a selected group of Caribbean Heads of Government to discuss security, trade and energy policy, and matters relating to Venezuela and the OAS: a meeting which CARICOM’s uninvited Chair, Mia Mottley, the Prime Minister of Barbados, described as an attempt to divide and rule.

In a speech delivered in Jamaica, Mr Pompeo argued that the threat the US faces is very different from that experienced during the cold war. Citing terrorist groups operating in the Americas and the hemispheric roles of Venezuela, Cuba and Russia, he said these posed new challenges to US sovereignty and security, requiring closer cooperation with the Caribbean because of its proximity. He questioned China’s role in the region and proposed closer cooperation on a range of issues including security, energy, investment, while inferring that the future relationship would be transactional.

Quite how hindering Cuban medical cooperation in the Caribbean or in some of the poorest parts of the world relates to his approach is far from clear. The more so as Washington offers no alternative programme on a scale or at a cost or in locations that match or replace the Cuban support it is trying to suppress.

In all likelihood, the US political debate about Cuba is about to become more intense as President Trump seeks to bolster his core support in Florida among hard-line Cuban émigré’s and conservatives, before the presidential primaries take place there on March 17. His negative rhetoric will not be helped by the already febrile debate about socialism within the Democratic Party, or by its two presidential hopefuls, Senator Bernie Sanders and former Vice President Joe Biden, again going had to head to head over the issue of Cuban literacy programmes, let alone the implied questioning of the morality of delivering social programmes of obvious benefit to all.

What is lacking is what marked out US Cuba policy under President Obama. That is, a common-sense forward-looking approach.

In late 2014 he and those around him recognised publicly that Washington’s 50-year-old policy of seeking to isolate Cuba had failed and that a new approach could drive incremental internal change though contact and dialogue undertaken by the US and its allies.

Contrary to the assertions of the Trump Administration, and far from being an endorsement of the Cuban system, the Obama approach was seen as a more promising way to encourage change as a new generation of Cubans came to power.

As President Obama noted in his initial public remarks on restoring relations with Havana, the US and Cuba disagreed over many matters, but formal relations would enable both sides to be able to raise issues directly related to democracy and human rights. It would also allow both countries to pursue  shared interests on issues like health, migration, counterterrorism, drug trafficking and disaster response.

Equally when it came to education and medical care, the Obama approach rightly recognised that in education Cuba was the equal of the US, and its free health care system offered a level of universal support that the US still has to achieve when measured in relation to life expectancy.

As a consequence, a more rational relationship with the US emerged and for the short period of détente gradual change could be observed in Cuba.

Unfortunately, few in the media appear to be interested in asking the obvious question as to where Washington’s present US Cuba policy will lead?

The present noise may well be about electoral politics. However, and irrespective of Cuba’s shortcomings, attempting to drive the Cuban economy into the ground in the mistaken belief this will result in fundamental political change, is to ignore Cuba’s history of resistance dating back to the end of the nineteenth century, its independence, and its achievements.

Washington’s present Cuba narrative runs counter to Mr Pompeo’s stated Caribbean concerns. Trying to cause serious instability in a country just 90 miles from the US coast would have unpredictable consequences for the whole region, benefitting only the narco traffickers and the terrorists that he rightly expresses concern about.