Venezuela – proxy for a ‘cold war’ in the Americas 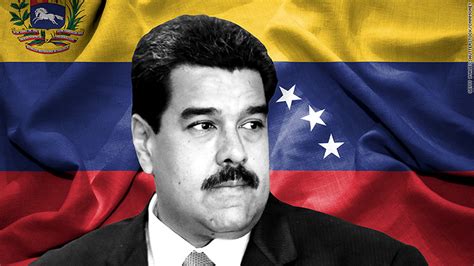 A few days ago, Venezuela’s government and opposition signed a joint request to the Pan American Health Organisation requesting funding to address the coronavirus pandemic.

Whether this was a step towards dialogue on other issues between the country’s two irreconcilably divided sides, or simply recognition by both that the high incidence of coronavirus in the country has become unmanageable, is far from clear.

The announcement came shortly after the start of a legally unprecedented High Court case in London that will involve a ruling being made on exactly who is the ‘legitimate’ government’ of Venezuela. The proceedings revolve around who has the legal right to authorise the movement of 31 tonnes of Venezuelan gold worth US$1bn held in the Bank of England’s vaults.

President Maduro’s government says that its sale will help it tackle the pandemic through the good offices of the United Nations Development Programme. However, Juan Guaidó, Venezuela’s Congressional leader recognised by 69 countries as ‘interim President’, alleges that the money will be “stolen” and used to buy oil from Iran in ways that evade US sanctions.

Although the court’s final ruling will not change the present political standoff, legal experts suggest that it will unlock the blocked sale of Venezuelan assets held in other countries, handing one or the other party a windfall and significant political advantage.

As such the case threatens a further escalation in an already complex situation in which the protagonists and their external supporters increasingly see the country as a proxy in a geopolitical and cultural struggle for influence and advantage in the Americas. In short, a cold war of sorts.

On the one side, are the US, Brazil, Colombia, Canada, the EU, and others, all of which for varying domestic, political, economic, ideological, security, humanitarian, or strategic reasons, want to see President Maduro gone in one or another way. They include in their number five Caribbean countries, Haiti, The Bahamas, Jamaica, the Dominican Republic, and St Lucia, which formally recognise Mr. Guaidó, as the country’s ‘interim President’, but want a negotiated solution.

Others, however, including Russia, China, Iran, and Turkey, recognise Nicolas Maduro as the rightful President of Venezuela and want to see him or a like-minded successor remaining in power, providing them with a potentially significant and they hope, eventually energy-rich foothold in the Americas.

Despite this, through mismanagement and corruption, the country remains in economic freefall. It continues to experience widespread shortages of food, water, and fuel has seen 5m of its people flee to neighbouring countries, and more recently has experienced the damaging effects of the coronavirus and tightening US sanctions.

Mr. Guaidó, however, has struggled to make headway in his campaign to force Mr. Maduro to accept free and fair elections or the idea that he steps down in favour of a transitional government. He has also

seen divisions emerge among the various internal and external factions that provide him with support, some of whom express uncertainty about his ability and judgement.

In contrast, President Maduro has been able to cope with sanctions and has begun to introduce with external advice and support, measures that may eventually stabilise the economy, albeit at a low level. He has so far weathered a populist uprising of sorts, US economic pressure, and a recent bizarre ‘invasion’ attempt seemingly backed by some of Mr. Guaidó’s supporters.

Where or how this stalemate will end is uncertain, but recent developments threaten to take the standoff to a new level.

The first is the decision of the Trump Administration to enhance its Caribbean military presence close to Venezuela’s shores.

The US has deployed an ‘all-domain’ offshore military presence in the Eastern Caribbean, close to the coast and borders of Venezuela to stem the growing flow of narcotics through the country. This operation had been long planned to enhance existing counter-narcotics efforts in the region and the Pacific in response to a well-documented surge in trafficking into, through and out of Venezuela.

The political rhetoric used by President Trump and his appointees to announce the operation has led many within the region to believe, despite US denials, the deployment could have the dual purpose of supporting some form of military intervention in Venezuela or the interdiction of commercial shipping.

A second and more recent development has been for the US to argue that the Rio Treaty, a rarely invoked mutual hemispheric defence agreement, binds signatory Caribbean governments to joint responses to Venezuela.

Late last month, the US Embassy in Trinidad said that Port-of-Spain had violated the Rio Treaty by holding meetings with the Venezuelan Vice President, Delcy Rodriguez, and an accompanying PDVSA delegation. It argued that Trinidad as a party to the Treaty was obliged to observe sanctions agreed to by the majority of signatories in a vote in which Trinidad abstained. It subsequently told Trinidad that it risks facing “sweeping sanctions” should it enable in any way Iranian vessels carrying oil to Venezuela to enter its ports, or knowingly ship fuel there through third parties or countries. Other nations have received similar warnings.

And the third was the willingness of Iran to test US resolve by shipping oil to Venezuela.

Whether it wishes to be drawn in or not, the region is being encouraged directly and indirectly to take sides. In the 1970 and 80s this was for ideological reasons, but today it is because external parties see Latin America and the Caribbean as the next front in a worldwide confrontation about attaining influence and economic supremacy.

The US has framed this within the context of the Monroe Doctrine, while China, Russia, and others have made clear that their own interests and world view will not see them set aside their thinking or their relationship with the government of President Maduro.

Today the positions taken are less confrontational and more fluid and transactional than they were forty or more years ago, in part because there are now multiple global actors offering different, sometimes overlapping, visons of international relations. Despite this, the direction of travel is to have the countries of the Caribbean in or another camp rather than genuinely non-aligned.

The risk as in the 1980s is a region divided by others, new tensions, and low-intensity conflict.