Jennifer Lopez feels she’s in paradise in the Dominican Republic 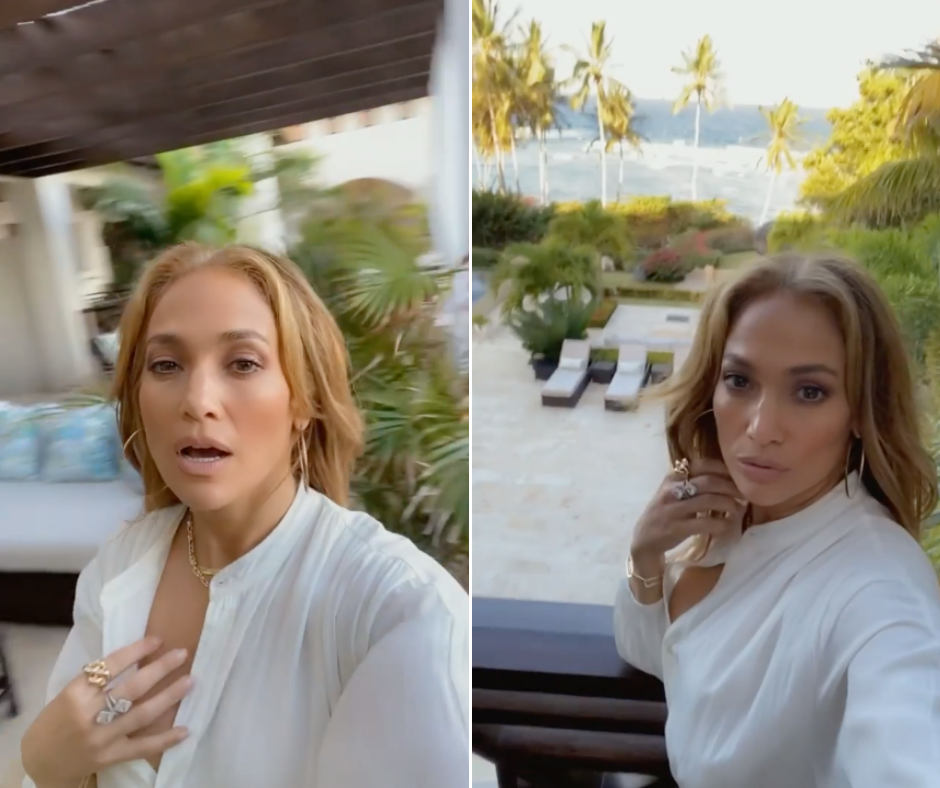 JLo shows the background landscape of his villa in the Dominican Republic. (External source)

In the middle of filming her next movie, JLo took a break and shared it with her fans.

Singer and actress Jennifer Lopez have enjoyed the beautiful beaches of the eastern part of the Dominican Republic for more than a month.

There she is filming a new movie. It’s called “Shotgun Wedding,” and it’s about a couple whose wedding in an exotic destination is interrupted by criminals, so they will not only have to save themselves but also the rest of the guests.

The film did not start in the best way. Armie Hammer abandoned the project after the scandal he had been involved in on social networks. According to Deadline, Josh Duhamel is the replacement for the actor in the film directed by Jason Moore.

JLo is fascinated with the weather, the attention received, and the natural beauties of Quisqueya la Bella. She has even taken time to celebrate her children’s birthdays which she has enjoyed with her partner, ex-baseball player Alex Rodriguez, who has Dominican blood.

The woman has become a trend in several international entertainment news portals by sharing a series of videos of the paradisiacal place she inhabits. In one of them, you can see how the beautiful singer takes advantage of the free time she has to rest and enjoy the luxuries of the hotel where she is staying.

Lopez shared these videos a few hours ago on her official Instagram account. In one of them, you can see a beautiful landscape with the following phrase: “Let the evening begin.” While in another of the statuses shared by Alex Rodriguez’s current partner, she can be seen in close-up, and you can see how toned her legs are while resting on a lounge chair.

On the other hand, fans of the beautiful Latina will have to keep waiting to see her on the big screen since this feature film still has no release date. Meanwhile, the movie “Marry Me,” starring Jennifer Lopez with Maluma, has been postponed to the beginning of 2022.