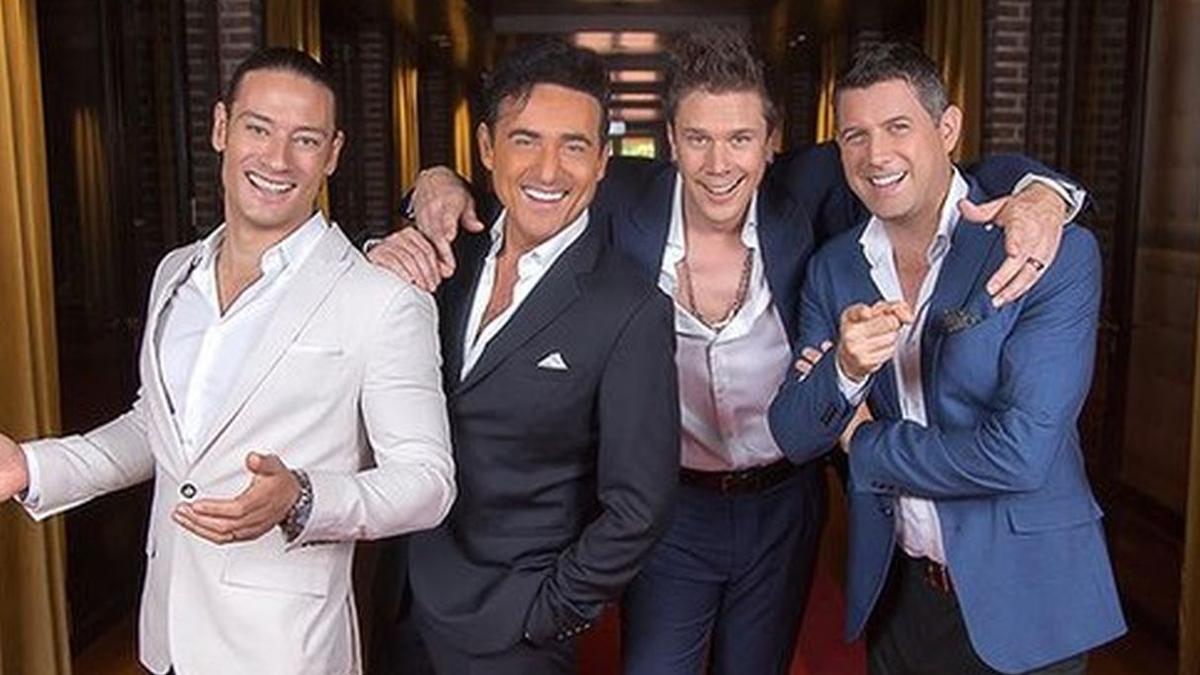 Il Divo star Carlos Marin has died from Covid aged 53, his bandmates announced on Sunday. The baritone member of the international pop-opera fusion vocal quartet had contracted the virus on December 7 and was admitted to a hospital in Manchester. The Spanish singer went into a coma after that and died on Sunday.

Marin’s death comes as a major shock to the music fraternity. The singer was fully vaccinated but ultimately didn’t make it after slipping into a coma. He had been in the intensive care unit and was intubated after having his oxygen “compromised.” Marin’s life support system was turned off on Sunday night.

Although Marin was admitted to the hospital on December 7, the announcement was made by the band only on December 16.

The baritone’s bandmates, David Miller, Sébastien Izambard, and Urs Bühler, paid tribute to Marín in a post on social media: “It is with heavy hearts that we are letting you know that our friend and partner, Carlos Marin, has passed away. He will be missed by his friends, family, and fans.”

After falling ill on Il Divo’s UK tour on December 7 7, Marín was taken into hospital, his bandmates confirmed. The singer was later placed in an induced coma before he died. Marín’s agent has since confirmed that the singer, who was reportedly vaccinated, had tested positive for COVID-19.

“There will never be another voice or spirit like Carlos,” his bandmates added. “For 17 years the four of us have been on this incredible journey of Il Divo together, and we will miss our dear friend. We hope and pray that his beautiful soul will rest in peace.”

Il Divo has pioneered the pop-opera, or ‘popera’ genre, recording covers of hit pop songs in a classical style alongside stars Celine Dion and Barbra Streisand.

An international group with roots across Europe and beyond, Il Divo often perform in their native languages, Spanish and French. For example, Marín was a Spanish baritone born in Germany, Miller was a tenor born in the US, Izambard was a French pop singer, and Bülher was a Swiss tenor.

The quartet has sold over 30 million albums worldwide, their biggest hits ranging from ‘I Believe in You (Je crois en toi), a French-English duet with Dion, and ‘Regresa a Mí,’ a Spanish cover of Toni Braxton’s ‘Un-Break my Heart.’

Il Divo was formed in 2003 by music mogul Simon Cowell, though the group later parted ways with him. Cowell has said the idea behind Il Divo came to him after hearing Andrea Bocelli singing ‘Con te partirò’ (Time to Say Goodbye).

Cowell paid tribute to Marín in a post on social media, saying: “I am finding this so difficult to put into words how I feel right now. I am devastated Carlos Marin has passed away. He loved life. He loved performing and always had so much appreciation towards the fans who supported the group from day 1. Rest in peace Carlos. I will miss you.”

Marín, born in Germany in 1968, was raised in Spain and recorded his first album, aged just eight years old.

The singer starred in hit musicals Les Miserables, Beauty and the Beast, and Grease, and the Spanish version of Cinderella before joining Il Divo.

Speaking about his musical tastes with Classic FM in 2015, Marín said: “Each of us has different inspirations. Myself, I listen to Tom Jones, the oldies like Frank Sinatra, and I’m also a big fan of 80s music like Queen, Spandau Ballet and Duran Duran.”

Marín’s final concert with Il Divo was reported in Bath, UK, on December 6, before he was hospitalized two days later.

The baritone was married to French-born singer Geraldine Larrosa, also known by her stage name ‘Innocence,’ until 2009. The former couple, who remained great friends, had been due to sing together for a New Year’s Eve concert on Spanish TV.

The singer was fully vaccinated and died from covid, Wooooowwww! How cute is that?
Note that even the vaccine kills you it will be labaled as a covid death…

They can’t keep their stories straight…

I say he died “because” of the “vaccine”!
Too much viral overload!

Why did they turn the machines off?

the vax is dangerous….