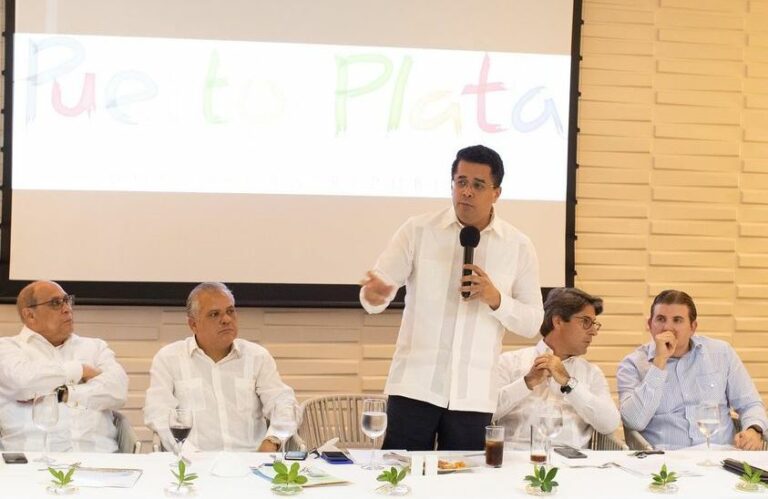 Tammy Reynoso, Deputy Minister of Tourism Development, confirmed the closing of negotiations with British Airways, which will begin operations to Puerto Plata in October 2022, with an investment of US$400,000 from the Ministry of Tourism (Mitur).

Similarly, he maintained that negotiations are being held with operators from South Florida, Condor from Germany, Corsair from France, and the Russian Tour Operator Pegas Touristik, to increase the arrival of tourists to the bride of the Atlantic.

The information was offered during the celebration of the board of directors of the Association of Hotels and Tourism (Asonahores), a meeting headed by the Minister of Tourism, David Collado, and attended by Rafael Blanco Tejera and Andrés Marranzini, president and vice president of the entity, respectively, and the different representatives of the sector.

Collado expressed that the recovery of tourism in the Dominican Republic is everyone’s achievement while emphasizing the interest in promoting the Puerto Plata destination.

“In our work schedule, Puerto Plata is our main point, and the signal was given at the Fitur fair, where after the visit of the King and Queen, two agreements for new flights to the destination were signed. We want to give Puerto Plata the hope and assurance that they are on our work agenda to guarantee much more flights,” he added.

Meanwhile, the directors of Asonahores presented topics of interest, such as the details of the DATE fair that will be held in Punta Cana from May 11-13, according to a publication by Ashonorte on social networks.

The meeting, held at the Gran Ventana hotel, was also attended by the Senator of the province of Puerto Plata, Ginette Bournigal; the president of the Playa Dorada Hotel Association, César José De Los Santos; the president of the Puerto Plata Tourism Cluster, Birgitt Heinsen; the general director of Infotep, Rafael Santos Badía and the tourist advisor of Ashonorte, José Natalio Redondo.

when will BA start selling this flights? nothing available yet