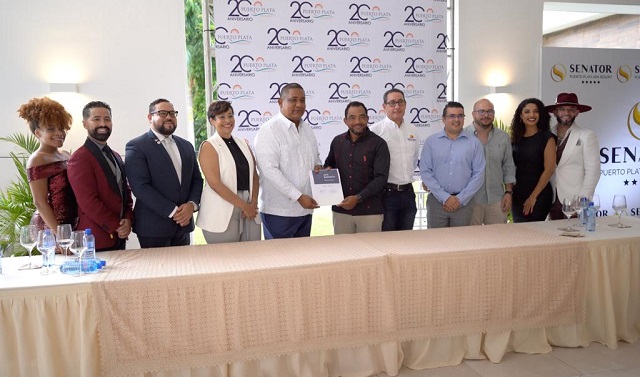 The Association of Hotels, Restaurants, and Tourist Companies of the North ( Ashonorte ) and the company ADN Films signed an agreement that formalizes a strategic alliance to turn Puerto Plata into a world epicenter of bachata.

In addition, promote it as an innovative film destination with music festival tourism to consolidate sustainable tourism development in the province.

The president of Ashonorte, Carlos Rodoli, stated that the institution’s commitment is to support, drive and promote high-impact initiatives for the tourism sector.

“Like the one we are carrying out today, embracing our cultural identity, the one that is generating millions of dollars and euros, activating tourism and the economy of distant cities that often do not speak our language, as in the case of Moscow, Paris, Shanghai, Brazil,” he said.

He also added that “Puerto Plata is the pioneer of tourism in the Dominican Republic, and with this agreement, we will be the pioneers in music festival tourism and in using bachata as a tool to promote the country.”

Meanwhile, the executive director of Ashonorte, Kathy Morillo, stressed that efforts would be unified to capitalize on the global impact of bachata, which has become the most visible element of Dominican cultural identity worldwide.

On his side, the president of ADN Films, Víctor Minaya, said that “when the script for the film project “Marca País ADB Bachata” was written in 2018, Puerto Plata was incorporated into the shooting of the final part of the film in the amphitheater, recreating a world Bachata festival, and who would have thought that four years later we would be announcing that Puerto Plata will have the first world bachata festival in November, not as a movie, but as a reality».

He also stated, “We trust that with these two projects and other complementary initiatives, bachata will place the demarcation of Puerto Plata on the world map.”

During the event, held at the Senator Hotel, Rudi López, the dancer, DJ, and president of Island Touch, one of the main organizers of bachata events at an international level allied with ADN Films to enhance bachata as a country brand, will coordinate with the international bachata dancers in both events.

The event featured special guests with the participation of the world’s most famous and valued couple of bachata dancers, “Ataca & la Alemana,” who will join forces to turn Puerto Plata into the world epicenter of the popular rhythm.